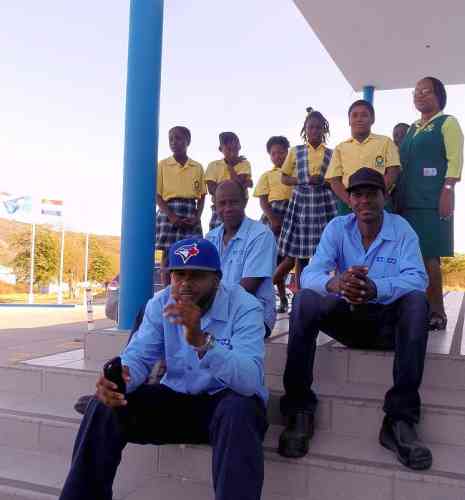 ST. EUSTATIUS–Pupils and teachers of Lynch Plantation Seventh-Day Adventist (SDA) school went to various institutions and businesses in St. Eustatius to sing and pray in observance of World Day of Prayer.

At St. Eustatius Utility Company Stuco’s office on Korthalsweg, the children of Grade Seven, accompanied by their teacher Helen Peroti, sang and offered a prayer for management and staff.

While on their way out of the Stuco building, the pupils encountered Stuco utility workers Cecil Otto, James Marlin and Eric Simmons, who were also serenaded.

The children sang songs in both the English and Dutch languages. The three utility workers thanked the students and said they appreciated them for remembering them in their prayers.