Home Headlines & Top Stories Sewage system to be updated via US $2m fine for Windward... 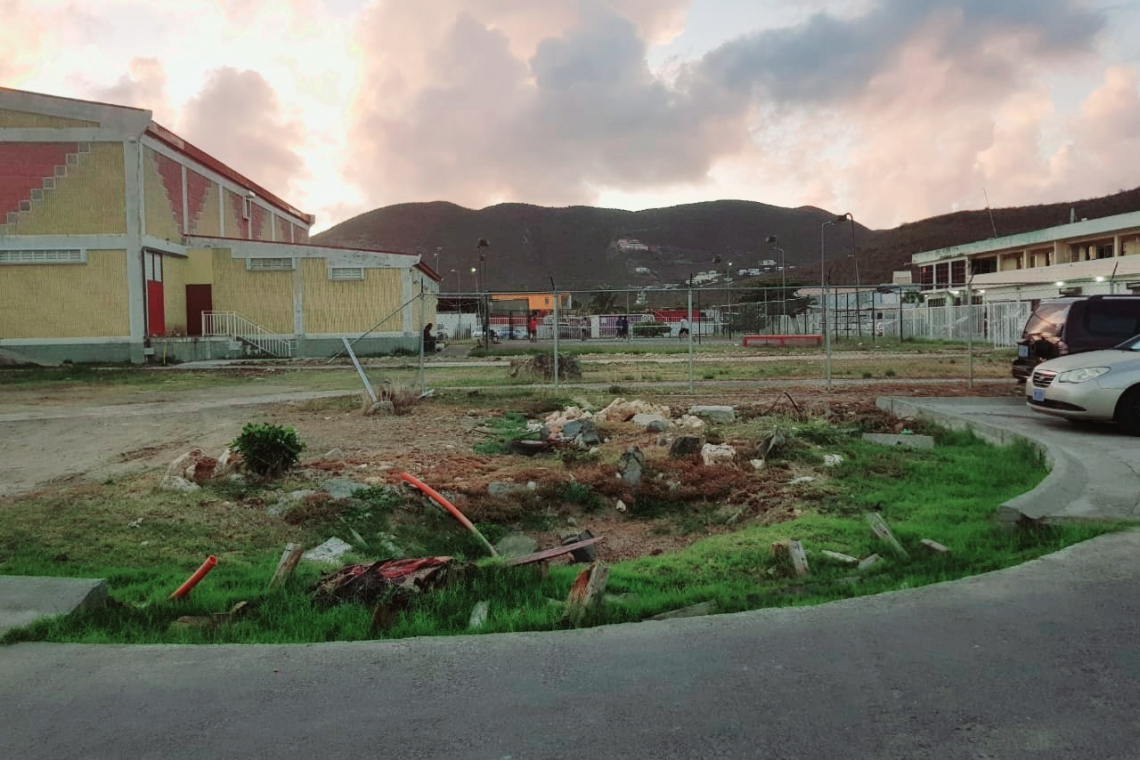 The location for the Foga sewerage pumping station.

FOGA–The construction of a new sewage pumping station at Foga with a pressure line to the A.Th. Illidge Road wastewater treatment plant is one of three major projects to directly benefit the people of St. Maarten via a fine of US $2 million levied against construction company Windward Roads Infrastructure N.V. (WWR) by the Prosecutor’s Office of St. Maarten.

The $2 million fine is a form of restitution to compensate St. Maarten for the role Windward Roads played via its former director and chief financial officer (CFO) Janhendrik Boekaar in the “Larimar” case conducted by the Anti-Corruption Taskforce TBO of the Attorney-General’s Office of Curaçao, St. Maarten, Bonaire, St. Eustatius and Saba.

This case uncovered a major bribery, money-laundering and forgery scheme that saw the sentencing of politician Theodore Heyliger, Boekaar, consultant Ronald Maasdam and two others almost one year ago, on May 15, 2020. Heyliger was sentenced to 60 months but appealed the verdict. Maasdam was sentenced to 36 months, while Boekaar received 12 months for paying bribes, money-laundering and forgery. Both were sentenced according to the prosecutor’s demands in their cases.

WWR has accepted responsibility for its part in the scheme via the actions of its former director, and has agreed to revamp its work procedures and prevent similar occurrences in the future, the Prosecutor’s Office OM said in a statement issued Sunday morning.

In addition, the company has agreed to conduct projects totalling a net worth of $2 million that will directly impact the daily lives of the people of St. Maarten. This means for the Foga project, and the two others to come, WWR will provide all labour, materials and other project-related items at no financial cost to the government of St. Maarten, the Prosecutor’s Office said.

The project(s) were selected in consultation with the Ministry of Public Housing, Spatial Development, Environment and Infrastructure VROMI. The ministry will also oversee the execution of the project(s).

The Prosecutor’s Office said it had been instrumental in getting the fine from WWR for the country. “Instead of pursuing court proceedings against WWR that would take time and expend more taxpayers’ dollars, OM St. Maarten tagged an amount considered suitable as a fine for the criminal behaviour of WWR and the repayment of the losses faced by the country. That amount is now deliverable in the three projects,” the Prosecutor’s Office said.

It is not possible to put a company behind bars. Therefore, punishing a company where it has the most severe and lasting impact – its financial bottom line – was deemed the best course of action in these circumstances. WWR will not make any profit on these projects.

The first of the restitution projects – the construction of the Foga pumping station – was originally to start in October 2020. However, logistical issues did not allow this timeline. This first project now starts today and should be completed by Wednesday, June 9. The Foga project will cost WWR $677,256 in total.

The Prosecutor’s Office said it will monitor this project and the two other pending ones once they have come online to ensure that exactly $2 million will be spent by WWR. “The revamping of WWR’s work procedures to prevent punishable acts of this nature now and in the future will also be monitored by OM SXM.”

The Foga works will primarily focus on the construction of a new pumping station and pressure line that will lead to the wastewater treatment plant on A.Th. Illidge Road and will also entail the excavation and placement of sewer lines under Soualiga Road.

There will be no road closure, as the works will be in the area designated for the pumping station and the sewer lines will be placed on the far side of the road not to obstruct oncoming traffic.

The project will be executed in three phases: the construction of the pumping station, the installation of the pressure line, and the operation phase. VROMI urges motorists to drive with caution during the execution of the works.