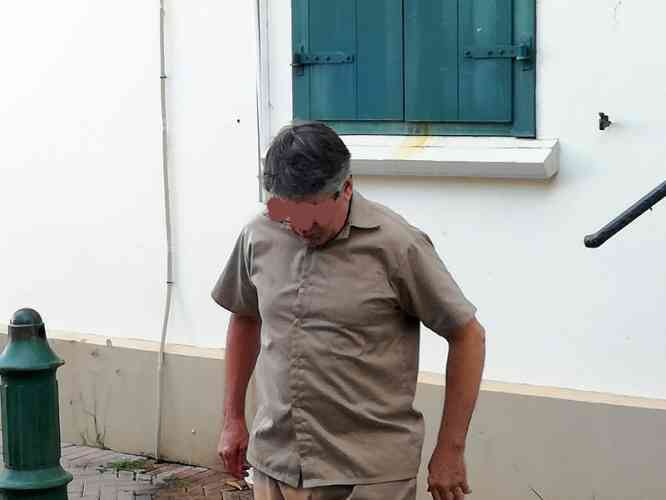 PHILIPSBURG–The Prosecutor will present his closing speech and formulate his demand against a 60-year-old man charged with ten alleged crimes, among which is the sexual abuse of minor children and the possession of child pornography, on January 23, 2019.

Following the Prosecutor’s demand, the defence will present its pleadings, after which the suspect will have the final word in this case on that same date.

Suspect C.K. was arrested on July 6, and released days afterward. His case was heard by the Court on Wednesday but was suspended on attorney Shaira Bommel’s request, as she had not finalised her pleadings.

K. is suspected of the possession of child pornography and of having committed lewd acts with his then six-year-old daughter and with other minor girls, between December 2015 and December 2017.

Together with former police officer J.V.G, he is also suspected of involvement in the trade, theft or fencing of gemstones and diamonds allegedly belonging to Helena’s Jewellers, in the aftermath of Hurricane Irma, between September 2017 and November 2017 (see related article). The jewels had a value of US $2.5 million, according to the National Detectives.

Both are also suspected of bribery in which K. allegedly provided the former police officer with airline tickets, monetary donations and other gifts in exchange for information about a criminal case against him pertaining to mistreatment of a person with the use of a Taser gun. This charge was allegedly committed between March 2015 and March 2018.

The Prosecutor’s Office is holding both suspects also responsible for forgery in antedating an official police report and of providing K. with information from a current criminal investigation against him between January and March 15, 2018.

K. categorically denied all charges. He only confessed to possession of 197 grams of cocaine on December 14, 2017, which he said he used for pain relief, but denied that the 36 bottles found at his home were Molotov Cocktails. He also denied he had mistreated a man with the use of electric wiring in October/November 2017.

He repeatedly stated that the allegations brought against him were “grave fabrications,” “preposterous” and “absolute nonsense.” He claimed he was “absolutely not” interested in minor children.

The Prosecutor said many data carriers, such as mobile phones, with child-porn material displaying underage children of different ages had been confiscated.

The defendant claimed the material could also have belonged to his employees, as he held office at his home and “at least” six co-workers would also have had access to his computer network and mobile phones.