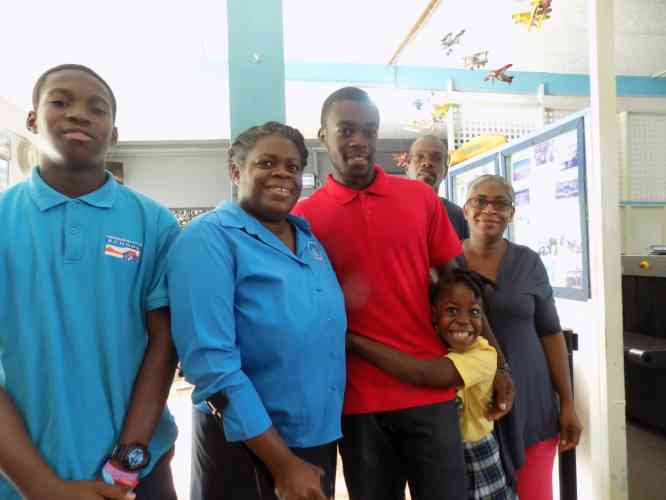 ST. EUSTATIUS–Sherrbert Dorbeck left St. Eustatius on this week en route to Puerto Rico where he will attend Isla Grande Flying School, another step in his journey to acquire his pilot’s licence. When he attains that milestone, Dorbeck will be the fourth person of the Leerdam family to become a pilot.

Dorbeck has been following online training with help from his great uncles, pilots Garnett and Kenneth Leerdam. His onsite training in Puerto Rico will take a few months.

His mother Curdy Lewis said of her son’s career path: “I believe that Statia has a lot of ambition and we just have to show it to the world.” She, his father Herman Dorcbeck, other family and friends were at the airport to see the pilot-in-training board the Windward Islands Airways International flight on this first leg of his journey to school.

Dorbeck is the grandson of Herbert Lewis and Annette Leerdam, who is the sister of the two pilots Leerdam. Aaron Leerdam, a cousin of Dorbeck is also a pilot. The family also has a fifth aspiring pilot – Machir Brice.