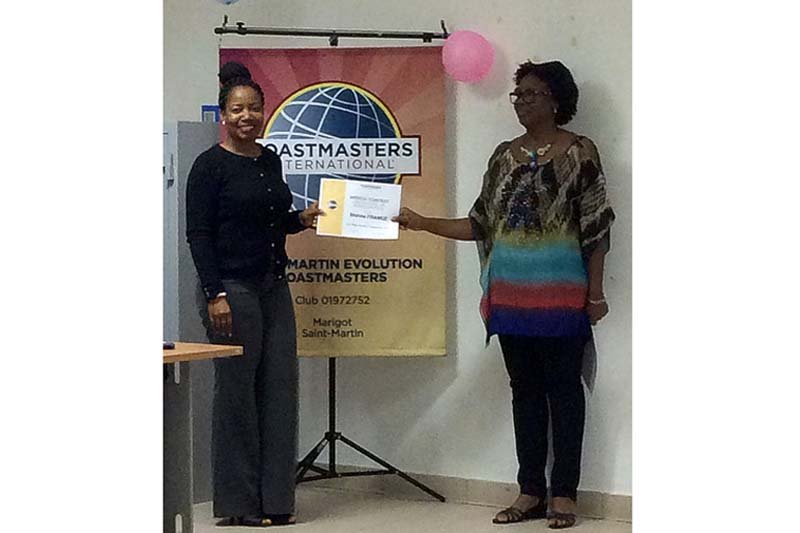 The audience was able to relate to her speech entitled “Culture Shock”. Toastmaster Shirma will represent the Club at the next competition slated for Friday, March 10, at the Area Speech contest, the next level of the Toastmasters numerous speaking competitions held annually.

Should she excel at this event, she will go on to represent the Club at the Territorial contest scheduled for later this month.

There are different kinds of speaking competitions such as the Evaluation Contest, Humorous Speech Contest, Table Topics contest, Tall Tales contest and the main one, the International speech contest.