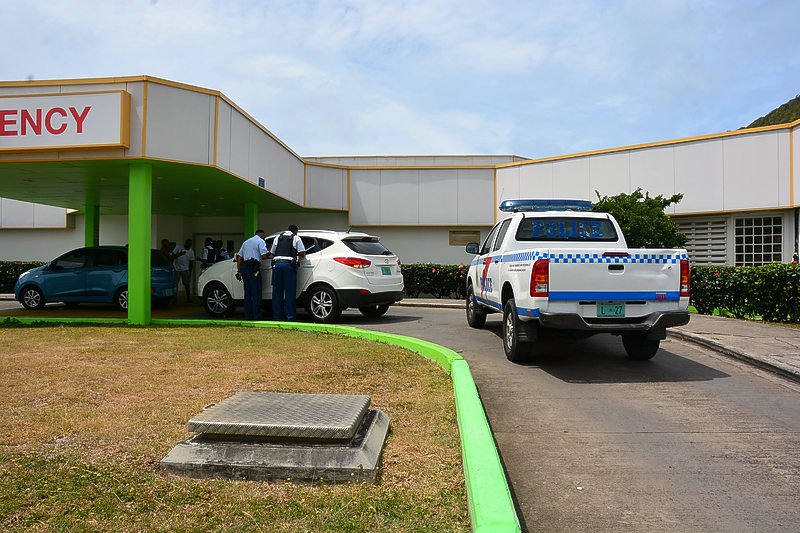 DAWN BEACH–Two men are in the hospital after they were shot during a shoot-out at the West Dawn Beach & Casino on the 2nd floor of the parking lot. The shooting took place on Sunday morning and one bystander who was nearby jumped off the second floor to save himself and fractured one of his legs when landing in the garden below. A white SUV and a blue Hyundai I20 are believed to have been the vehicles used to transport the victims to the Emergency Room (ER) at St. Maarten Medical Center (SMMC).

Police were still gathering information as to why these men were in the parking lot and what exactly transpired. Two small cars were seen speeding off from the scene and the incident is under investigation.
Police spokesman Chief Inspector Ricardo Henson said, “At approximately 10:15am, the Emergency Dispatch received a call of a shooting which had taken place on the second floor parking lot of West Inn Hotel.
“The callers also stated that at least two persons were injured as a result of the shooting. According to witnesses the suspects may have fled the scene in two small white vehicles after the incident. Immediately several police patrols and paramedics were sent to the location to investigate what had taken place.
“They were both treated on the scene and then transported  to the Sint Maarten Medical Center for further treatment. The scene was immediately closed off by police for the Forensic Department to collect evidence and conduct an in depth crime scene investigation. Detectives were also on the scene speaking to potential witnesses,” concluded Henson.