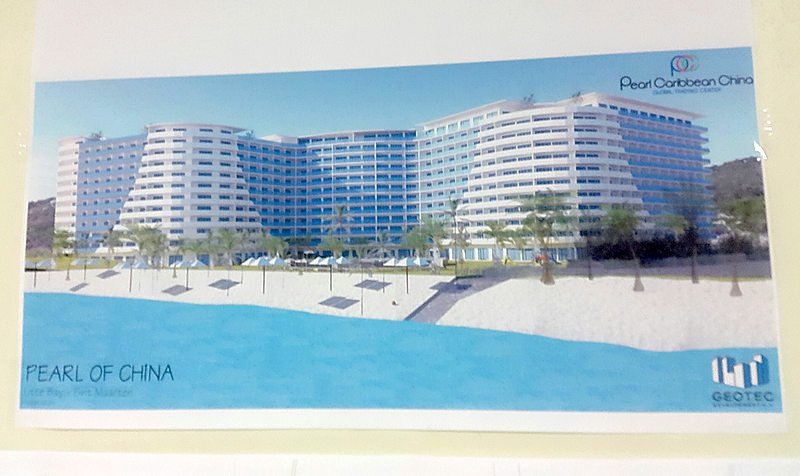 The Association set down its queries in a letter sent to the Council of Ministers on Friday.

SHTA said it realises there could be a need for foreign direct investments and job creation, “but lacking proper statistics there is no way to be sure.

“A project of this magnitude, which will impact the entire island should, besides broad community support also enjoy broad political support. The only way to achieve that is through an open and transparent process,” SHTA said.

The Indigo Bay project had “many rounds of consultations” with the stakeholders before plans were finalized.

SHTA considers it of the utmost importance that the community is “properly informed when it comes to large developments.”

To assess the impact of this development SHTA, as representative of the private sector, has requested the National Alliance (NA)-led Government to give the credentials of these investors, said to be a blend of Chinese Government and that country’s private sector.

“How will the community be guaranteed that these investors have the capital and the ability to bring this project to fruition in an equitable and sustainable way,” the Association asked.

Whether an environmental impact study was performed has also been queried by SHTA. If such a study exists, the Association has asked for it to be made public now.

“Has an economic impact study been done? If so, can the results be made public? Is there an actual business plan that indicates how many jobs will be created post construction? And, how many of these jobs will require Chinese-speaking employees,” SHTA asked.

SHTA questioned if the advice from the Social Economic Council SER had been sought about the implications of this type of resort and if the advice can be reviewed.

Other questions seek information on whether the planned 326-room resort will offer all-inclusive packages and if a casino licence will be granted if one is requested.

SHTA also asked if Government has made any financial, fiscal or other commitments, like but not limited to tax holidays, permits for skilled and unskilled foreign employees, special utility rates, and permits/concessions for water sports or beach chairs.

Whether the project, which includes 450 apartments for Chinese businesspeople, was looked at from the perspective as outlined in the Carrying Capacity Study and the draft development plan for Little Bay.

“Is there a plan to expand the airport in order to deal with the increased arrivals of long haul wide body jets?”

SHTA also asked for any additional information on the “water source” the China Government will help find in the country.

The intended location and scope of the “eco-city” as announced by Finance Minister Richard Gibson Sr. has been requested by SHTA.

Government has also been asked about measures that will be taken “to prevent harming current businesses that already handle Chinese products on both a wholesale and retail level, like clothing, electronics and other consumer goods.

“To what extent does becoming a ‘hub’ impact government revenue when increased direct imports erode the TOT [Turnover Tax] base,” SHTA asked in its letter.

Whether the to-be-established competition authority and consumer protection also apply to the Chinese showcase, the SHTA questioned. “Will this showcase be open to anyone or only to businesses active in particular market segments?”

SHTA has inquired about the type of business licence that will be required of the companies using the showroom.

SHTA has read and shares many of the concerns as expressed by Nature Foundation and other vocal personalities in the community and “also appreciates” Prime Minister William Marlin’s concern that the opposition to the project may scare off the investor.

This is, in the opinion of SHTA, all the more reason for some additional clarity.

“If this project is to be successful buy-in from the entire community is required, and that can only be achieved once all the information is provided and the community at large is able to discuss the pros and cons in an open and democratic way with due consideration for everyone’s needs and concerns,” said SHTA.

Copies of the letter were sent to Parliament, the Ombudsman, and the Social Economic Council SER.