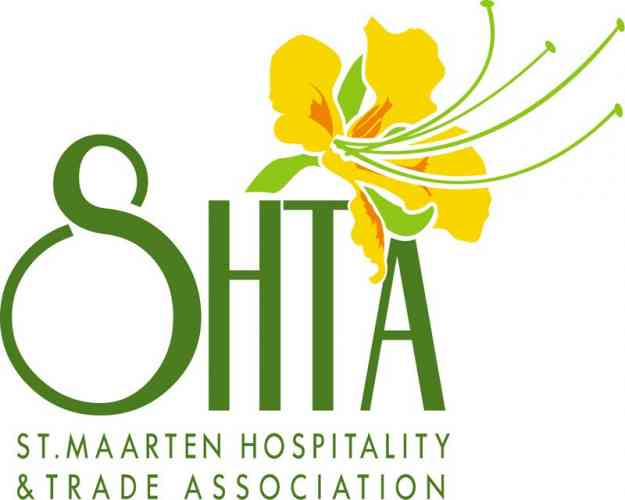 ~ Size of govt. has to be addressed ~

PHILIPSBURG–The St. Maarten Hospitality and Trade Association (SHTA) said on Tuesday that St. Maarten’s “real challenge” currently is how to use the available recovery funds in a way that the existing Gross Domestic Product (GDP) trend improves and starts showing a healthy upward trend of about three per cent annual growth and improving per capita income for residents.

The Association also stressed the urgent need for authorities to address the burgeoning size of government versus the private sector.
SHTA made the statements in an open letter to the private sector and several local and international parties on the country’s post-Hurricane Irma situation.

SHTA’s recent membership surveys point to an economy that has been struggling for the last many years and may very well have closed 2017 down over 2016 in profitability as well as turnover even without Irma. Some statistics report a very slight GDP growth for the years 2015 and 2016, but that could actually indicate a decline considering the margin of error in statistics.

Data taken from the Department of Statistics Yearbook 2017 indicates GDP and per capita comparison for the years 2013-2016 show the GDP increasing slowly each year from 1,831 million Antillean guilders in 2013 to 1,919 million guilders in 2016. But as a result of a growing population the actual average income per resident (per capita) decreased over 2015 and 2016.

“Data for the year 2017 is not yet available but it is safe to say that there will be a significant decrease in both GDP and per capita,” the SHTA concluded.
Alluding to statistics from several reports, SHTA said since St. Maarten’s personal income and wage taxes are based on a progressive tax bracket system, a lower per capita means reduced government income from these taxes even if the economy increases. As a result of lower purchasing power, turnover tax (ToT) revenues will also decrease or at least show lower growth than the Gross Domestic Product (GDP) growth would suggest.

“The fact is that our economy was under-performing with (intended) government expenditure outpacing real growth. While GDP was growing (by) less than one per cent per year, government budgets were growing (by) five per cent per year,” SHTA said.
“[Looking at – Ed.] the developments in 2017 and 2018, GDP as predicted by the Central Bank and budgets as presented by government, result in a dramatic increase of Government spending, especially when presented in a percentage of GDP. This is an unsustainable path in the post Irma reality; deficit spending by government without providing stimulus for the private sector to achieve real growth.”

SHTA said continuing on this path will be “a big mistake.” Considering that the economy was already shrinking, it is clear that from a policy perspective that stimulus was not there pre-Irma. The logical conclusion is that without structural changes to policy, economic performance will continue to deteriorate.
SHTA said just as Irma “decimated the private sector, so should government curb spending. Not increase it by borrowing from the future of a private sector in shambles. There could be nothing left by then.”

If government does not try and reduce expenses, it will need to borrow significant amounts of money for the years 2017, 2018 and 2019.
“Chances are that they will hit the established lending ceiling, especially if global interest rates increase over time (which is the market consensus). How does government intend to service that debt? How do they intend to fund new policies and capital investments when they cannot borrow additional funds? Raise taxes?” the Association asked.
Combining increased tax rates with a downward GDP trend will only worsen the situation, decrease private sector economic activity more. “That is not how you get out of the downward spiral that we are caught in,” said the Association.

SHTA said last week marked six months since the passing of Irma and the economy of St. Maarten has been severely affected. At best some sectors are achieving only 30% of their pre-Irma revenues and it will likely take years of planning and hard work to recover, “if indeed we are ever able to return to pre-Irma levels.”

While many efforts are focused on moving forward with recovery, some crucial things are still pending. SHTA said two reports were recently published that provide “some serious food for thought” about the economic future of St. Maarten. One is the Statistical Yearbook 2017 published by the Department of Statistics (STAT), which is accessible at:
http://www.stat.gov.sx/downloads/YearBook/Statistical_Yearbook_2017.pdf
And the other is the third Quarter Report of the Central Bank of Curacao and St. Maarten (CBCS), which is accessible at: http://www.centralbank.cw/uploads/files/Quarterly%20Bulletin%202017-III%20%28final%29.pdf

SHTA said hard data is very difficult to come by. That was already the case pre-Irma, but now even more so. It said CBCS could not obtain data for the third quarter from St. Maarten. Many entities have attempted to put some analysis together, as a basis for recovery plans: the Netherlands, World Bank, ECLAC and the United Nations Development Programme (UNDP), amongst others.

SHTA said that while some of the scenarios forecast a better picture than others, in all four the GDP/Capita is rising above pre-Irma levels over time, indicating that GDP development will in general, more or less, return to the “pre-catastrophe trend.”

The Association said it looks forward to “fruitful dialogue” with stakeholders on “what is and isn’t a good idea under current circumstances.” It said “with hard work and sacrifice we can come out on top. Sit-and-wait seems to have run its course and hasn’t produced any improvements.”