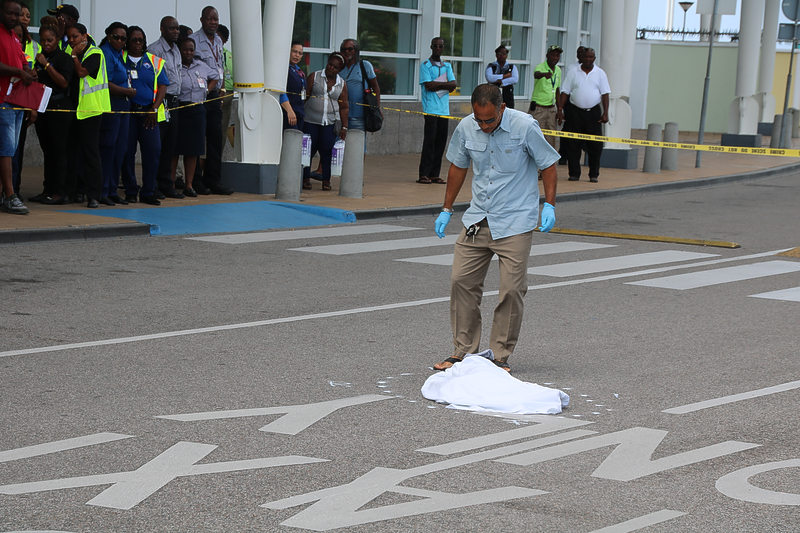 Dr. Mercuur examining the body. He pronounced the child dead just after 10:00am on Saturday.

AIRPORT—Workers at Princess Juliana International Airport SXM heard screams and commotion outside the terminal’s arrivals entrance, when a three-year-old boy was hit by a Avis Shuttle bus and died as a result of his injuries.

The incident took place at 10:00am and police were on the scene conducting a full investigation. Police spokesman Chief inspector Ricardo Henson told The Daily Herald that the boy is from St. Maarten and was picking up a relative with his parents when the shuttle bus came and hit the child by accident, according to the driver.

The driver was still on the scene with supervisors of Avis car rental. Police will be taking him in to question what exactly took place. The shocked parent were checked by the ambulance personnel. 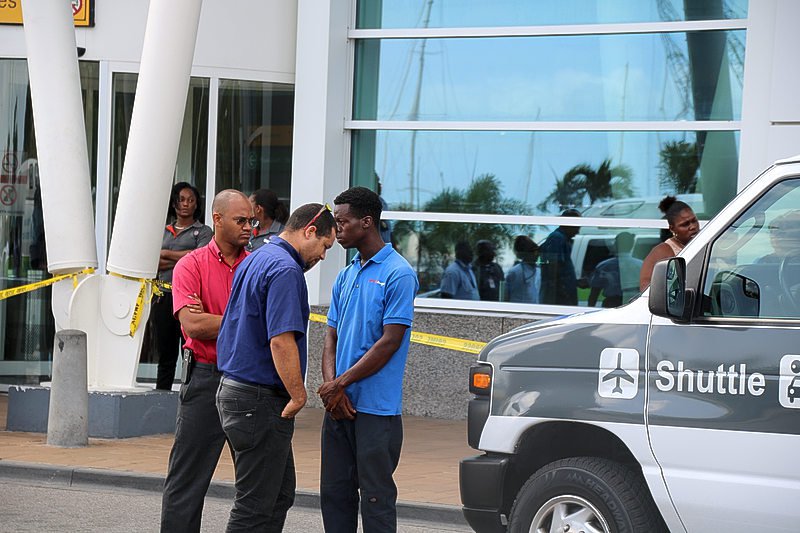 The driver of the AVIS shuttle bus dressed in blue, speaking to his supervisors.