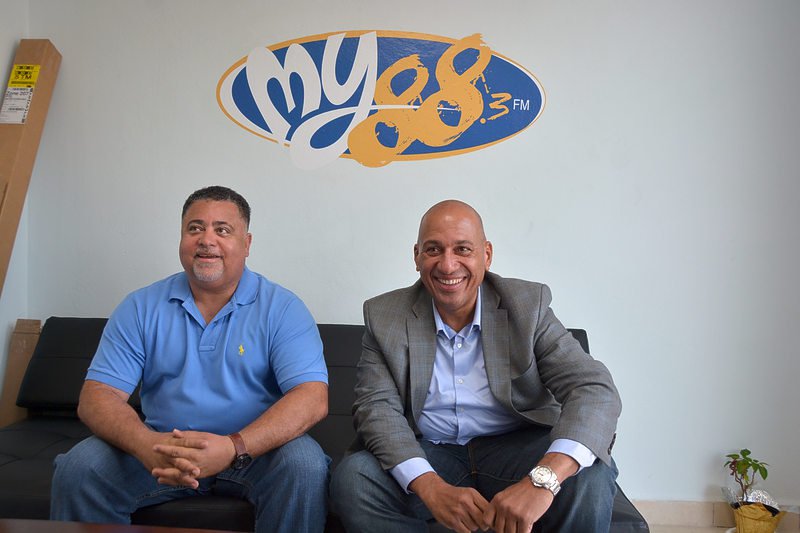 PHILIPSBURG–Independent Member of Parliament (MP) Silvio Matser announced on Thursday that he will be contesting the September 26 parliamentary elections on the slate of the United St. Maarten party (USP).

Matser contested the last election on the slate of the United People’s (UP) party, but later left that party, declared himself independent and subsequently joined the current governing coalition.
Matser said he had known USP leader Frans Richardson for a long time and the bond had been maintained over the years. When the two became part of the same coalition, Matser said, they worked closely together and communicated well with each other.

Matser also was impressed with the manner in which Richardson, as USP leader, communicated with his board, noting that the party displayed team effort. These attributes are important to Matser.

“Today in St. Maarten we have many problems and many think you can do it as an individual, but you need to do it as a team,” Matser told reporters at a press conference at the Sunset Building in Cole Bay. “A strong bond can beat anything.”

He said that at the end of the day individuals had to put themselves aside and put their country first. “We can all play ostriches and put our heads in the ground, … but we are facing real serious issues in St. Maarten,” Matser said, noting that the country’s tourism product was “falling” and if new and innovative ideas were not put into effect it would “slip away” and once this occurred it would be hard to get back.

Matser said UP had disliked him because he was in the background giving ideas for major projects such as the causeway bridge and Boardwalk Boulevard. His most important focus currently is to get St. Maarten moving again and once this happens the “youth and everyone will be happy.”

He wants to make his contribution to St. Maarten. He could not make the contributions he wanted to when he was part of UP because of “the thing they were doing.” He believes he can make complete what he had planned for St. Maarten under the USP.

As it relates to solving crime, Matser said criminal activity could be combated by creating jobs for people. He said many years ago when residents worked several jobs things had been good and people had been happy. Today, he noted, residents are struggling to make ends meet with one job.

When asked about his brother Raymond Matser running on the slate of the St. Maarten Development Movement (see related story), Silvio said he respects his brother’s choice. “Everyone has the right to make a choice. My brother decided to run with one of the new parties and … if that’s his desire, I will not grudge him.”

He said also that there had been cases in the past where siblings ran on the slates of different political parties. He said his brother probably had different goals than he does.

Richardson said Silvio had “fought” and “stood” with USP in Parliament and had supported the party with several things brought to the floor. He said such genuine support was reflective of a true colleague and he had asked Matser to be part of USP.

Matser met with the USP board last night. He outlined his reasons for joining the party and was accepted by the board. Richardson said USP would contest the elections with a full slate of 23 candidates.