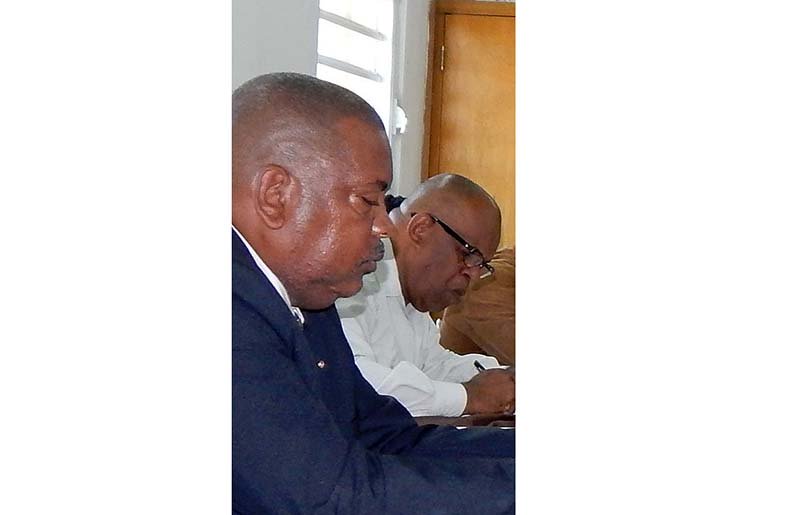 ST. EUSTATIUS–St. Eustatius Commissioner Derrick Simmons and Island Councilman Clyde van Putten intend to seek an audience with the General Assembly of United Nations (UN) on what they considered a violation of UN Charter and Resolutions by the Dutch Government. The two petitioners have written to Peter Thompson, UN General Assembly Chairman about their concerns and need for an audience.

In accordance with the competence of the General Assembly to decide whether or not a non-self-governing territory has attained the full measure of self-government referred to in Chapter XI of the Charter of the United Nations, the two representatives said an urgent audience with the General Assembly was needed to present their case and elucidate on “the consistent and documented violations of the people of St. Eustatius’ right to self-determination and a full measure of self-government by the Government of the Netherlands.”

They also want to discuss the steps which the Statia Government has taken and continues to take to attain a full measure of self-government within the realm of the Dutch Kingdom, including having a draft constitution ratified by the Island Council, the execution of a feasibility study, and the establishment of closer relationships with nations in the region.

“Regrettably, the Government of the Netherlands has persistently refused to engage the Government of St. Eustatius in a constructive dialogue based on mutual respect and equality over the years,” the duo stated in their letter.

The Dutch Government continues to trample international law, and has unleashed a persistent campaign of increasingly restrictive higher supervision, financial intimidation, and direct interference in the functioning of the legitimately elected Statia Government by civil servants deployed by the Dutch Government on the island and its people, they said.

Despite this behaviour by the Dutch Government, the two remain open to dialogue en route to a peaceful and legal solution of the matters affecting the island.