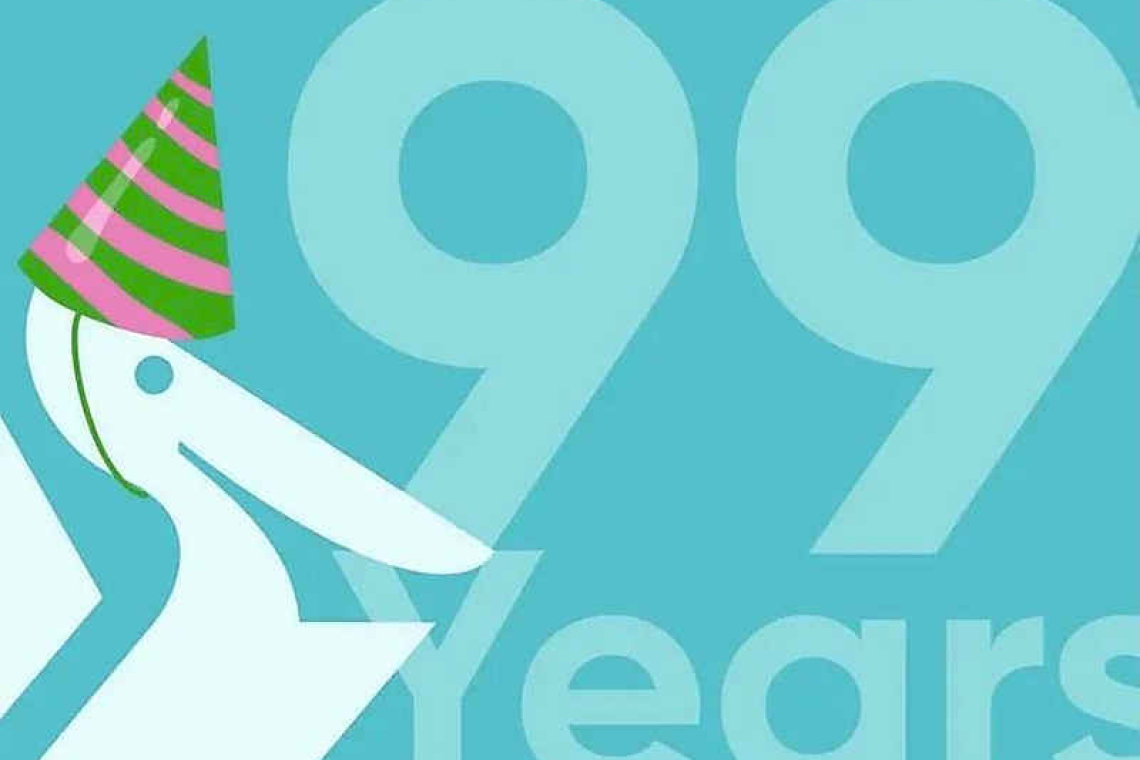 BELVEDERE–With the unveiling of the new library name, the new logo and the launching of the website, Philipsburg Jubilee Library celebrated its 99th anniversary. Honoured by the attendance of Governor Ajamu Baly and with the support of many representatives of the community, the library presented its new identity and new name: Sint Maarten Library.

During Wednesday’s ceremony at the library’s satellite in Belvedere Community Center, Ruby Bute treated the audience to two powerful poems and her remembrance of her first storytelling in the library.

Board secretary Jeanina Dupersoy welcomed the audience and shared the importance of this milestone. Interim Dean of University of St. Martin (USM) and former board member Wycliff Smith addressed with his keynote speech the importance of having a library in the community.

Sint Maarten Library celebrates 99 years, but the library as an institution goes back 5,000 years. The library is not only a source of information and knowledge, but also a public, safe place where people can meet and relax, Smith said.

The library now also offers innovative community-oriented activities and tops it off with its 21st-century-level extensive digital library service. Since 2020, it has also established links to the digital library of the Royal Library in The Hague and recently with the Digital Library of the Caribbean dLOC for patrons and visitors.

In the absence of Minister Rodolphe E. Samuel, who is away on a working visit, Secretary General of the Ministry of Education, Culture, Youth and Sport (ECYS) Shermina Powell, in her brief address, complimented the board, management and staff and shared that the meaning of the number 99 signifies “the end of evolution” and that this leads into the beginning of the next cycle. The secretary general pledged her support and wished the library much success in its endeavours.

Library project manager Pieter Lucas explained that it was decided that the new logo should reflect that the library is not only of Philipsburg but of all people in St. Maarten – hence the new name Sint Maarten Library.

The combination of the name and the pelican in the logo underlines the ownership of the people of St. Maarten and the importance of the island’s national symbols.

While the new logo was unveiled, Dupersoy presented a toast and invited the audience to join her. Then Lucas and library information and communications technology (ICT) coordinator Francia Housen guided the audience through the most important parts of the website.

The animated pelican captured the audience’s attention. Those present also received a quick tour of the home page and other important sections, such as the latest news, upcoming activities, resources and services, and the library team. It can now be said that the countdown to the 100th anniversary has started and again the need for a new building is extremely evident.

Seven avid readers received a certificate of participation in honour of their steadfast reading. Together, they read more than 700 books within a year. These were four-year-old Amara Richards, teenager Nathan Sagnia, young adults Shandreigia Marsham and Keziah Williams, adults David Sandreen and Honore Richards and senior Angele Brill. They were all presented with their new library card by Governor Baly, library director Glenderlin Holiday and Dupersoy.

During the vote of thanks, library director Holiday expressed appreciation to the ECYS Ministry for the monthly subsidy to the library and telecommunications company FLOW for its sponsorship of the entire network system, which allows the library to offer quality free WIFI to patrons and visitors.

In addition to those two main sponsors of the library, stakeholders, such as Resources for Community Resilience R4CR, NPOwer, USM, American University of the Caribbean (AUC), Litemoon Web design, BDO accountancy and advisors, TelEm, schools, parents and library friends were also thanked for their support in kind, or otherwise.

Holiday expressed “great praises” to the library staff for their years of service and “invaluable contribution to the accomplishment of these 99 years of library service to the island of St. Maarten.”

She assured that the library will continue to promote, encourage and stimulate active reading, whether it is a book, an e-book or any other legible material.

As of Wednesday, newly registered patrons and patrons who pay their annual fee will receive the new library card. A phased implementation of the new cards for especially the schools will take place over the next months.