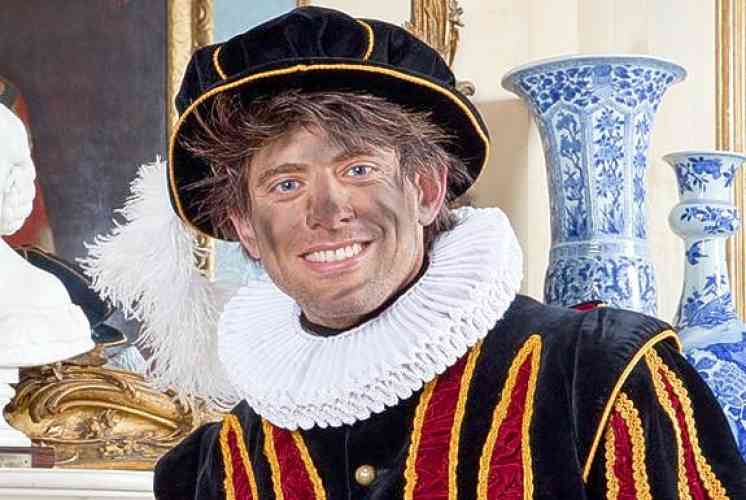 ZAANSTAD–A row has broken out over the decision not to use blackface make-up in this year’s official Sinterklaas welcoming parade in Zaanstad. Public service broadcaster NTR said that “Sooty Petes” rather than traditional Black Petes (“Zwarte Pieten”) would accompany St. Nicholas for his ceremonial arrival in Zaanstad on November 17.

The portrayal of the saint’s helpers by blacked-up white actors has been the focus of protests in recent years by anti-racism activists.

However, the local organising committee in Zaanstad said on Thursday it would not be taking part in the parade because of the changes.

“We have already made considerable adjustments,” said committee member Rene de Reus. ‘We are only providing brown Petes. Not sooty Petes, because we are distancing ourselves from that.”

Black Pete has been the focus of an increasingly heated public debate in the last few years. Last year, a group of counter-activists blocked the A7 motorway in Friesland to stop anti-racism campaigners reaching Dokkum, the scene of last year’s official arrival ceremony.

NTR said it was responding to public demand to change the appearance of Sinterklaas’s entourage while remaining faithful to the original legend.

“We are not an active player in the Pete debate,” the broadcaster said in a statement. “Tradition and change go hand in hand. The Petes have soot on their faces because they go down the chimney. The more times a Pete goes down the chimney, the more soot he or she has on their face.”

In recent years, Pete has lost a number of other characteristics associated with racial stereotyping, such as thick curly hair, puffy red lips and large gold earrings. NTR said this year’s version would be more diverse, with varying hair lengths and textures.

Amsterdam city councillor and prominent anti-racism campaigner Sylvana Simons described the move as a reward for “years of effort” by activists. “At last this national tradition can become an inclusive festival for all children in the Netherlands,” she said.

De Reus said the Zaanstad committee would hold its own parade a week later featuring traditional Petes. Eight other regional committees are participating in the official event, providing a total of 165 Petes.

De Reus argued that anonymity was essential to preserve the mystique of the black Pete character. “It’s the end of your career once you’re recognised,” he said.