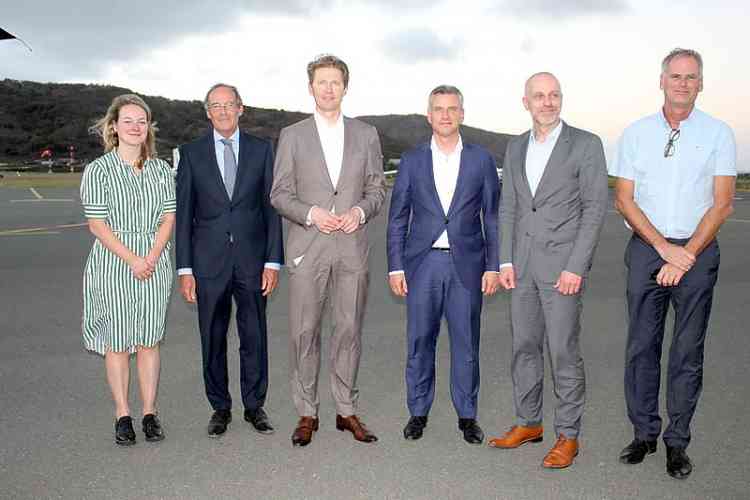 ST. EUSTATIUS–The six bids submitted for the Jeems Road Project were opened in the Directorate of Economy and Infrastructure office in Fort Oranje on April 9.

Before each bid was opened, the envelope was displayed to all present to verify that the bid documents were still within and that it had not been tampered with in any way.

The project has an estimated timeframe of nine month and encompasses some 1.2 kilometres of concrete slabs. The northern dirt section of the road will become a one-way road and the southern section will see a retaining wall removed and a new two-way road built.

It is part of a larger project that will see various roads undergo much-needed repairs.

The new roads will include drainage, side paths, cables and streetlighting.