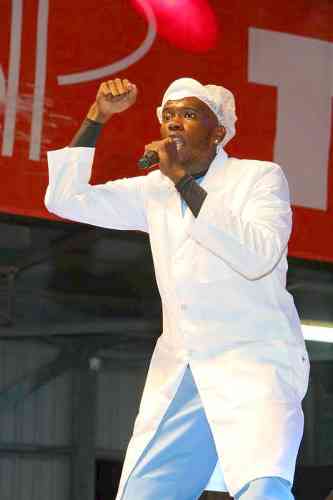 PHILIPSBURG–St. Maarten Carnival Development Foundation (SCDF) is ready to host two exciting nights of social commentary from some of the island’s most veteran calypsonians.

The NAGICO Senior Calypso Competition is back and, after Hurricane Irma and the political upheaval that followed, SCDF expects the singers to deliver strong messages through their calypsos.

SCDF took back the show after the RAW Foundation was unable to make several financial commitments last year and weakened relations between show sponsors. Raw Foundation had signed a three-year agreement in 2016 for RAW to organise the calypso events.
The Foundation said there are matters regarding the calypso competition that will be handled internally, but stressed that calypsonians’ confidence in RAW has been too far eroded to allow the situation to continue.

Additionally, “It was embarrassing to the Foundation to have one of their most dedicated corporate sponsors [NAGICO – Ed.] dragged into a public debate in the same year the Foundation chose to honour that company. It was not what the Foundation expected or can tolerate,” SCDF said in an earlier statement.

SCDF said on Thursday that 16 singers are registered to compete in the Calypso Elimination, which is slated to be held on April 16. Ten of the 16 will advance to the finals on April 26 where each will try to dethrone the reigning five-time calypso monarch Fish Da Mega Boss.

The singers registered to compete are Ebony Empress, The Protégé, His Majesty Baker Jr., Lady Baker, Dmonitor, Mighty Dando, TEA POT, The Mighty Chipman, King Loud Fart, Kaiso Brat, King Beau Beau, Mighty Dow, Genius, King Repeater, Mighty Pepper and King Barrow.
“The Calypso Competition is always an exciting night. We all want to hear what the calypsonians will bring to the table, especially this year,” SCDF President Alston Lourens said. “We hope that the public comes out to support the show and listen to some great social commentary.” Both events will be held in Carnival Village.