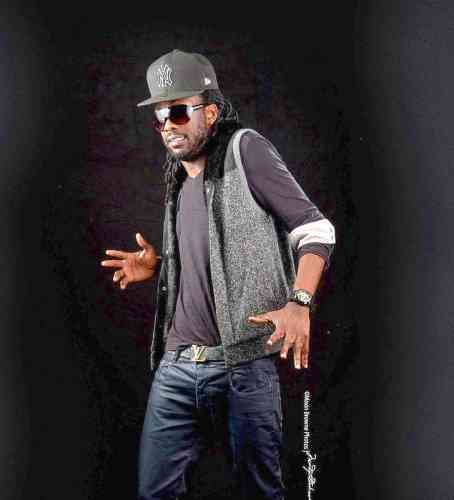 PHILIPSBURG–Kalaboom Events, in collaboration with Caribbean Liquors and Tobacco, is working on the eighth annual Black on Black event, set for Sunset’s Refuge nightclub on December 23.

Organisers were sceptical about having the event, but due to the many enquiries by partygoers, the party had to go on, according to organiser Skellet of popular performance group Red Eye Crew.

Gamal “Skinny Fabulous” Doyle from St. Vincent and the Grenadines will headline the Hennessy event.

“Irma did put a stop to the plans, but thanks to the many fans that wrote to us on social media, we decided to pick back up our plans and have the event still,” said the organiser on Thursday.

Tickets for the event are to go on sale next week at Caribbean Liquor offices, Abu G’s/Wings and Things in Madame Estate, SOS Radio, Youth Radio on the French side and look out for their Promo Car. The first set of advance tickets are US $20.

Skinny Fabulous is a talented and versatile artiste who demonstrates his quick wit and the capacity to mesmerise the crowd while he is on stage. Always willing to push the boundaries of Caribbean music, Skinny Fabulous has a style that falls somewhere between soca and dancehall. As a singer/songwriter he approaches every project intuitively and takes on the challenge to deliver potent lyrics over danceable tracks.

He started out as a chanter but made the transition to the soca scene almost a decade ago. Always a crowd favourite, there is no mistaking him when you hear the booming baritone voice echoing in deejay-style through the sound system with songs like “Misbehavin.” However, it was in 2008 that he made a major impact on the soca arena. The release of “Head Bad” for Vincy Mas that year led to his winning the St. Vincent Soca Monarch title, but this was just the beginning.

Skinny Fabulous’ success continued in 2009 when he was named St. Vincent and the Grenadines’ Entertainer of the Year, was the first runner-up in the Organisation of Eastern Caribbean States (OECS) Soca Monarch competition and adjudged Best New Male Artist at the Soca Music Awards. He was invited to take part in the 2009 International Soca Monarch competition in Trinidad where he placed fifth, but also received the award for Best Presentation.
Soca artiste Rupee official DJ Barrie Hype will be the special deejay among St. Maarten’s very best.

“We wanted to do something special this year, and with a round of entertainment to end off the year with a bang was the idea behind this year’s Black on Black event. The event for the past seven years has been a belated birthday party for me as an organiser and we never disappoint,” said the Kalaboom promoter.

The public is encouraged to go to Kalaboom’s Facebook page and get more information about the event. The organiser also thanked Caribbean Liquors for its continued support despite these tough economic times.