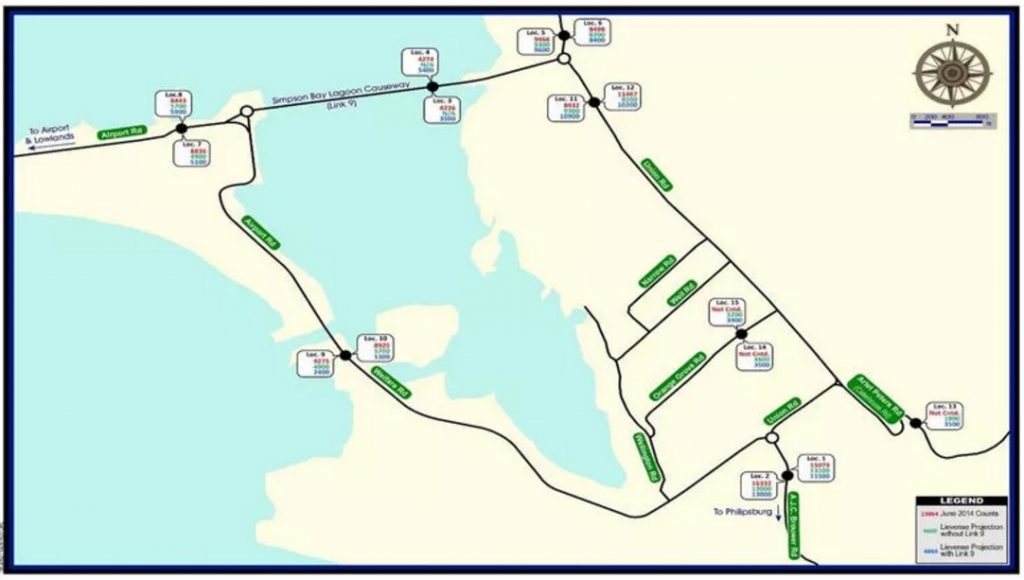 SLAC said in a press statement that it is concerned about the traffic situation in Simpson Bay and Cole Bay, especially during the high tourist season.

Recommendations from the study are to improve the geometrics of Wellington Road, Orange Grove Road, Well Road and Narrow Road. These roads appear to have 50 per cent of the traffic of Welfare Road and Union Road. It is also suggested to enhance the use of these road corridors to facilitate internal trip generation/workarounds by the motorised traffic and direct traffic off of Welfare Road/southern part of Union Road and the A.J.C. Brouwer Road roundabout.

The study also recommends evaluation whether left-turn lanes or back-out/parking lanes can be practically built to reduce the side friction and allow a more free flow of through traffic on Welfare Road and Union Road. Further, specific consideration must be given to maintaining sufficient parking to maintain viability of the commercial establishments along the road corridors.

Also recommended is the provision of a left-turn storage lane at the southern roundabout from Union Road and investigating whether the second lane around the A.J.C. Brouwer Road roundabout can be safely restored. With the existing pavers and raised rumble trips in the outside lane, traffic is definitely being discouraged from using the outside lane.

There is a lot of side friction of motorised traffic on Union Road and Welfare Road from internal trip generation between and within themselves for Cole Bay and Simpson Bay.