Home Local News Slid into back | THE DAILY HERALD 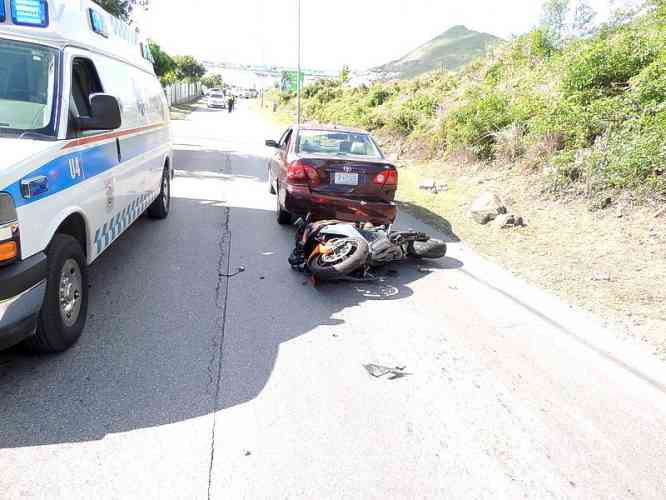 The Police Traffic Department responded to a traffic accident involving a motorcycle and a vehicle on Tuesday morning. According to police spokesman Chief Inspector Ricardo Henson, the rider of the motorcycle was traveling on A.Th. Illidge Road coming from the direction of Mount William.

At one point the motorcyclist overtook a blue car and the motorist lost control of his vehicle for unknown reasons and ran his car off the road. The motorcycle continued sliding forward and rear-ended a brown Toyota that was travelling in the same direction.

The motorcyclist suffered minor injuries to his right leg. He was treated on the scene by paramedics and then transported to St. Maarten Medical Center for further treatment.