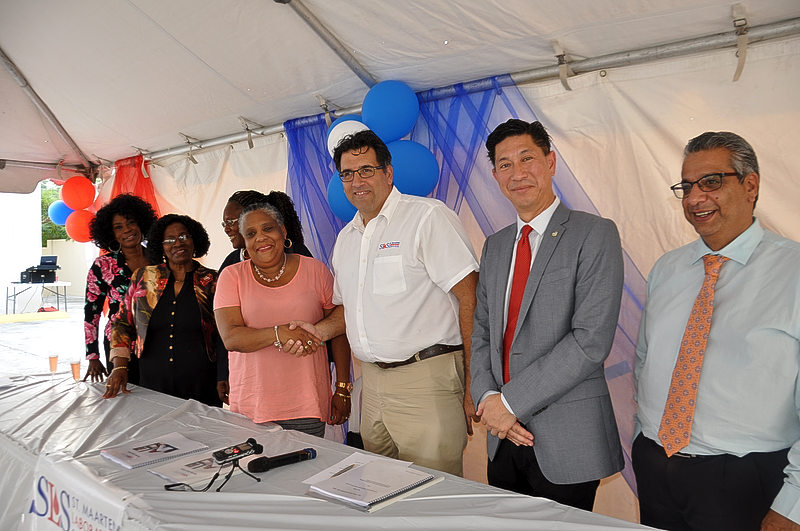 The three-year CLA was 12 years in the making since the days of the former Landslaboratorium, Analytic Diagnostic Centre (ADC) Lab, and now SLS has spanned more than one WICSU/PSU presidents. The CLA goes into effect as of January 1, 2017. A number of benefits were secured for SLS’ 36 staffers in the agreement.

One of the major accomplishments in the document is the placing of workers in their correct salary scales. This was done after the job descriptions of the workers were rewritten. In 2014, work started on the rewriting of the job descriptions of staffers. Following this process, each function had been “properly weighed” taking into consideration issues such as education, job tasks, role and responsibilities, etc. Based on these factors, an expert in the field suggested scales for each function and SLS adopted these.

Another plus in the CLA is the increase of vacation days for workers from 20 to 22 days.

SLS has also committed to providing dental and vision care for its staffers and their families in the CLA, as the establishment “cares about the well-being of their workers,” an SLS representative said. Under the CLA, all staffers will also get term life insurance.

Additionally, performance based evaluation will also be implemented. An SLS representative said the lab believes that its employees should be rewarded for their performance. In the past, employees’ salaries were not adjusted. Everyone now has equal opportunity to grow with the performance-based evaluation.