Home Headlines & Top Stories SMCP calls on MPs to formally lower their salaries by 10 per... 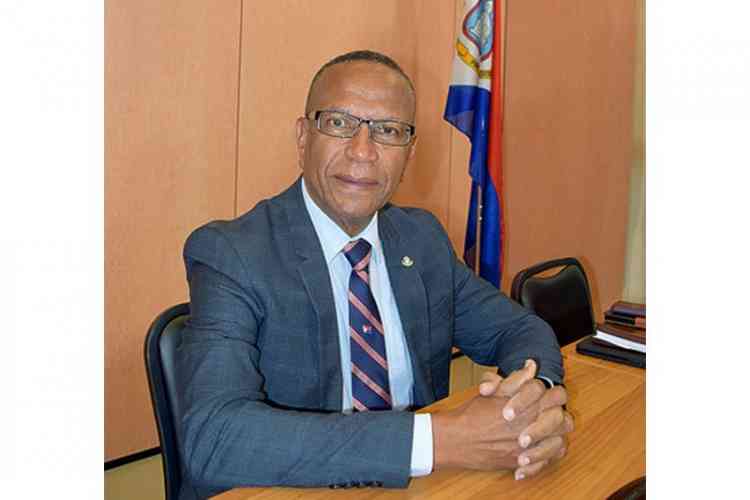 PHILIPSBURG–St. Maarten Christian Party (SMCP) reiterated its stance to bring down the salary of Members of Parliament (MPs). The coalition party’s initial reduction proposal was 15 per cent; now it is at 10 per cent because SMCP believes the goal of aiding the country’s financial state would be achieved with that level of cut for both the salaries of MPs and ministers.

The party’s MP Claude Peterson and Minister Wycliffe Smith have already taken voluntary pay cuts amounting to 10 per cent each.

SMCP said in a press statement pressure from the Dutch government to reduce MPs’ salaries should not be the driving force, but it should be done to show MPs “leading by example, ahead of the budget debates.”

“It should be the feeling of solidarity with the people of Sint Maarten that acts as the incentive for our parliamentarians to willingly agree to lower their salaries by 10 per cent. We do not see this salary reduction as a condition of the Dutch,” said SMCP.

SMCP’s board and members encouraged all other MPs “to put political agendas aside and act in the interest of the people. This is still an opportune time to voluntarily reduce your salaries by a small, yet symbolic 10 per cent.”

“We look forward to other Members of Parliament putting action to their words of concern about the budget and our people’s plight by effecting this act of freewill before the time of the customary summer recess in Parliament,” the party said.

Reduction of salaries is not a new stance for SMCP. It was in the new party’s manifesto. On May 8, 2018 then SMCP parliamentarian, now Minister Smith tabled a motion to reduce legislators’ salaries by 15 per cent.

During the 2018 budget debate, draft cost-cutting and savings measures were presented by then-Minister of Finance Michael Ferrier. United Democrat MP Franklin Meyers requested Parliament to defer the voting on the Smith motion to enable Parliament to review the package of draft austerity measures submitted by government. The proposal to defer the motion was accepted by Parliament.

SMPC had stated in its manifesto that should Parliament not adopt the salary reduction, its MPs would voluntarily deduct 15 percent of their salaries monthly and donate it to a charitable organization. In keeping with their pledge, Smith has donated 15 per cent of his monthly salary and current party MP Claude Peterson also made donations, according to the press statement.

Following Smith’s appointment as Minister of Education, Culture, Youth and Sport, he approved and signed on to a voluntary 10 per cent salary reduction for ministers. This was amplified as the entire Council of Ministers agreed to do the same “thereby fulfilling the SMCP commitment to that effect.”

Peterson has signed on to a voluntary salary reduction form giving Parliament the go ahead to reduce his salary by 10 per cent as of the March payroll.

Local MPs are the highest in the Dutch Kingdom. SMCP said considering that so many people are still suffering post-Hurricane Irma, a 10 per cent salary cut “is a minimal contribution for the St. Maarten MPs to show solidarity with so many of our people who lost their homes, their jobs and consequently their very income.”