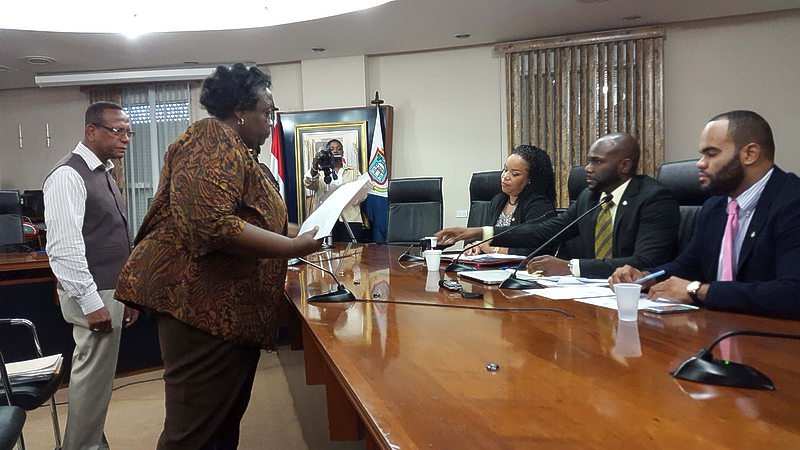 PHILIPSBURG–St. Maarten Christian Party (SMCP) is contesting the September 26 Parliamentary Elections with a slate of nine candidates. Party leader retired pastor Wycliffe Smith heads the slate. Smith told the press his party plans to run a “sober and proper” campaign that will inform the people about exactly what they are voting for – Members of Parliament. Following Smith on the slate are businessman Peter Gittens, pastor Mulrose Toulon-Sponsper, businessman Claude Peterson, educator Beverley Gibbs, tax consultant Benjamin Bell, civil servant Francelise Mauricia-Peterson, businessman Pedrito Arrindell and businessman Michael Somersall. This party also needs its list endorsed by 146 signatures as it does not have representation in the current Parliament. Endorsement takes place tomorrow, Tuesday, at Civil Registry on Pond Island from 9:00am to 4:00pm.