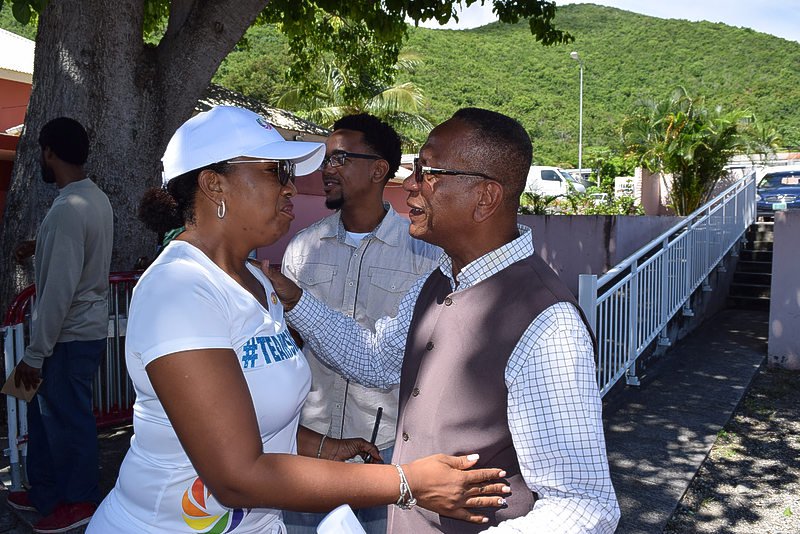 PHILIPSBURG–St. Maarten Christian Party (SMCP) has requested a recount of ballots cast in the September 26 Parliamentary election. The party fell short by 116 votes of earning a seat in the new Parliament set to have its first sitting on October 31, when the current Second Parliament is dissolved by ministerial decree.

The recount request will be handled by the Central Voting Bureau in a public session on Monday, October 3, to validate the results of the snap elections. SMCP and others who question the results will have to motivate their request(s).
All ballots ruled invalid by polling station officials will be examined by the Bureau. It is possible that some of these will become valid ballots should they meet the criteria outlined in the Electoral Regulations.
“Preliminary results from the Main Voting Bureau indicate that we were 116 votes short of gaining a seat in Parliament. We have since exercised our right to request a recount at some key polling stations,” said party leader and retired pastor Wycliffe Smith on Tuesday.
Saying the people “have spoken via the ballot and we must respect their voice,” Smith added, “SMCP is concerned about the overall voter turnout, the large number of invalid votes and the last-minute change to the rules of conduct on Election Day.”
The voter turnout and high number of invalid votes are “a clear indication that some eligible voters are disenchanted, frustrated with the process and also ill-informed,” Smith said.
SMCP earned 856 votes on Monday.
Smith said, “As a new party, we believe that we conducted a clean and transparent campaign that was focused on educating the electorate, demonstrating a zero tolerance attitude towards vote-buying and challenging our Parliamentarians to offer good representation to the people.”
Parties that won seats in the election – National Alliance (NA), United People’s (UP) party, United St. Maarten Party (US Party) and the Democratic Party (DP) – were congratulated by Smith.
“To all of the other parties who did not win a seat: we did not get the crown, but crossed the finish line with courage and dignity,” he said. Other parties that left the election without a seat were St. Maarten Development Movement (SDM), One St. Maarten People Party (OSPP), Helping Our People Excel (HOPE) and People’s Progressive Alliance (PPA).
“It is our hope that the governing coalition will work to repair the divisions in the society that have emerged during the election period and will work to promote inclusive governance and national development in the best interest of all of the people,” said Smith.
SMCP is “humbled by the outstanding support” received from voters. “This is not the end of our journey,” Smith said, “but only the beginning towards working for and in the interest of the people of St. Maarten. Our manifesto contains a section called post-election activities and we will get to work on those activities immediately.”
Source: Daily Herald
SMCP requests recount at key polling stations