Home The Daily Herald SMCU to take TelEm and Vida Nova to court for violating CLA... 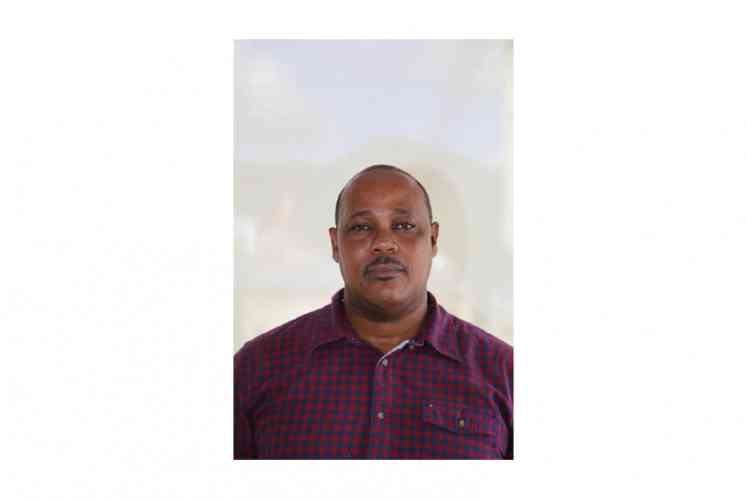 POND ISLAND–St. Maarten Communications Union (SMCU) intends to take the management of TelEm to court for violating the pension article in the collective labour agreement (CLA) covering its workers and for committing employees financially without proper authorisation.

The union also intends to take the Vida Nova pension fund to court for not instructing its client (TelEm) to comply with a policy between Vida Nova and TelEm.

In explaining the matters leading up to the pension violation and the decision to head to court, SMCU President Ludson Evers said TelEm’s management and SMCU had signed a protocol in 2010 to change the pension scheme from the “last pay” to the “average pay” system. Vida Nova had come up with a new policy that governed the transfer of participants’ pension right from last pay to average pay, Evers said.

“This change was documented in the CLA which was negotiated between management and the union. It clearly stated that all employees starting January 2010 would now be covered by the average pay scheme,” he said.

In 2016, St. Maarten moved the AOV pension age from 60 to 62 years of age. SMCU’s CLA with TelEm states that the retirement age is 60, or as stipulated by law, or by Vida Nova pension funds.

“At the time that the pension was negotiated, we did not know that the AOV pension age would have changed from 60 to 62. There is no retirement law governing private pension funds. Only AOV has a law governing it, which means that companies can choose whatever retirement age they please. But normally pension funds make sure their pension pay-out is tied to the AOV pension law/age,” Evers said.

“This is also stated in the Vida Nova pension policy, which TelEm falls under. I was in a board meeting in 2016 that Vida Nova informed both the employer and employees’ representatives of TelEm that the retirement age of 60 of TelEm had to change because the AOV age had increase to 62.”

“TelEm then sent a mail to the union informing the union that Vida Nova was increasing the pension premium from 24 per cent to 32.4 per cent. However, SMCU was already in discussion with GEBE on the same topic and received a presentation from Vida Nova where the premium would have only increased to 25.2 per cent.

“The retirement age would have increased to 65, with the possibility to retire from the age of 55 up to 65. The union forwarded the same presentation to TelEm management, because we saw that the premium would only increase by 1.2 per cent. Employees would pay 0.4 per cent while the employer would be responsible for 0.8 per cent.

“The problem with TelEm is that management still wanted to maintain the retirement age at 60. The union tried on several occasions to explain to management that maintaining the retirement age of 60 is no longer possible because the AOV pay-out pension is at 62. There would be a two-year gap for the employees if they were forced to retire at 60 instead of 62,” Evers said in a release.

“TelEm management insisted that they could not change the age to 62. The reason they gave was that when taking the loan for the Fibre-to-the-Home project, that they promised the banks that they send home the employees at 60. After these employees were forced to retire at 60, TelEm would not fill these vacancies, and would therefore have to pay less salaries.”

According to Evers, TelEm sent a letter to all employees on May 31, 2018, informing them that they had an outstanding balance with Vida Nova. A calculation was made of an amount each employee would have to pay and for how many months.

The union immediately requested a meeting with Chief Executive Officer Kendall Dupersoy, because the employees could not be forced to pay any outstanding that was caused by management. However, before the union could meet with Dupersoy, the letters were retracted on June 1, 2018.

The union decided to still go ahead and meet with Dupersoy about the letters dated May 31, 2018, and their retraction of June 1, 2018. After several meetings, the union started sending letters via its lawyer giving Dupersoy the same information pertaining to the retirement age. He was informed that it had to change; otherwise the employees who retired before 62 would be financially impacted due to the AOV pay-out pension, AOV, AVBZ, AWW premiums and medical coverage.

Dupersoy then offered to pay out all these expenses for the employees until the age of 62.

The last letter sent by the union’s lawyer dated February 4, 2019, informed TelEm’s management that the current AOV age of 62 should not be mentioned. What should be mentioned was “the age as stipulated by AOV law”, in case the age changes again. However, Dupersoy did not agree with the union’s request and wanted to maintain a limit of 62.

Evers said Dupersoy has since signed a different agreement with Vida Nova changing the pension scheme from “average pay” to “defined contribution.”

“The CEO did this without having any agreement with the union. The CEO bypassed the union and sent letters directly to the employees forcing them to choose between different options. He also gave a deadline to choose. He stated that the company would choose for the employee who did not reply by the deadline.

“The union again informed the CEO that there is an agreement in the CLA that must be respected. Before making changes, the CEO had to negotiate the matter with the union.

“On Friday, July 5, 2019, TelEm employees received two statements from Vida Nova dated May 17, 2019, and May 21, 2019. The statement dated May 21, 2019, stated that the employees’ ‘average pay’ pension was postponed on December 31, 2018. The employees never requested to postpone their pension and now find themselves in what can be qualified as a savings scheme instead of a proper pension.”

It is based on these reasons that the union intends to head to court with the TelEm management and Vida Nova.