Home Headlines & Top Stories Smith: ‘Am I to conclude that my absence was reason for biggest... 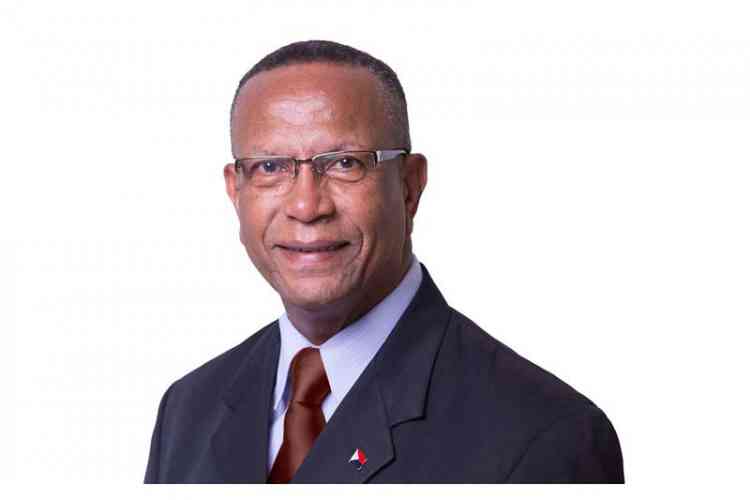 PHILIPSBURG–Minister of Education, Culture, Youth and Sports (ECYS) Wycliffe Smith, who addressed Members of Parliament (MPs) for about three hours on Monday responding to their questions on the lump sum subsidy system and other education matters, responded to United St. Maarten (US) party MP Frans Richardson, who said last week that Smith should not have assumed the culture portfolio because he did not have culture at heart.

Richardson said also that Carnival 2019 suffered because Smith was not part of it.

“I understand that the 2019 Carnival was one of the better and biggest Carnivals ever. I consider it flattery that the Member of Parliament considers that my absence from the various crowd-packed shows could have adversely impacted the turnout for those events,” Smith said as he wrapped up his first round of answers in the continuation of the urgently plenary session.

He made clear that Carnival falls under the responsibility of the Ministry of Tourism. Economic Affairs, Transport and Telecommunications (TEATT).

“This is what the Chairman of the Carnival Foundation said in a radio interview at which I was also present. Let it be known that the Ministry of ECYS does not have a budget for the promotion of Carnival,” Smith made clear.

He said the Ministry of Health, Labour and Social Affairs VSA subsidises Turning Point Foundation and Safe Haven Foundation and they are accountable to VSA Minister Emil Lee for the ways the subsidy is spent

“And so, when the SCDF has a function is it not correct and appropriate for Carnival Foundation to invite and have the Minister of TEATT, who is responsible for Carnival, officiate at the events?

“I was accused of not having culture at heart. … It is my view that St. Maarten’s culture is much wider than the event of Carnival as has become the celebration of today. …

“I may not be a big cultural activist, but I do know a little about culture and have actively been involved in the cultural development of this country, St. Maarten, particularly in the field poetry and literature. I have written and published poetry. I have written a book on the history of poetry in the three Windward Islands. And I am also the editor of an anthology of poems from St. Maarten.

“Besides, I have given lectures, presentations and recitals on literature and poetry, here in Sint Maarten, as well as on all the islands of the former Netherlands Antilles, and also in the Netherlands and in Germany.

“Prior to the 2019 Carnival, I sat down with the Minister of TEATT to discuss bringing a stronger cultural aspect to the Carnival festivities. I also presented the idea to the Chairman of the SCDF, who welcomed the suggestion. The Head of the Department of Culture, Ms. Clara Reyes together with the Chairman of the SCDF further worked out the details for the cultural parade and the Night of Culture Showcase. We will continue to promote the visibility of traditional Sint Maarten Culture during the Carnival events.”

He said the ECYS Ministry does not have a budget for Carnival. The budget post that was used to assist the groups that participated in the Cultural Parade this year was the post entitled “Promoting Culture Nationally.” This post is used to fund all types of cultural activities.