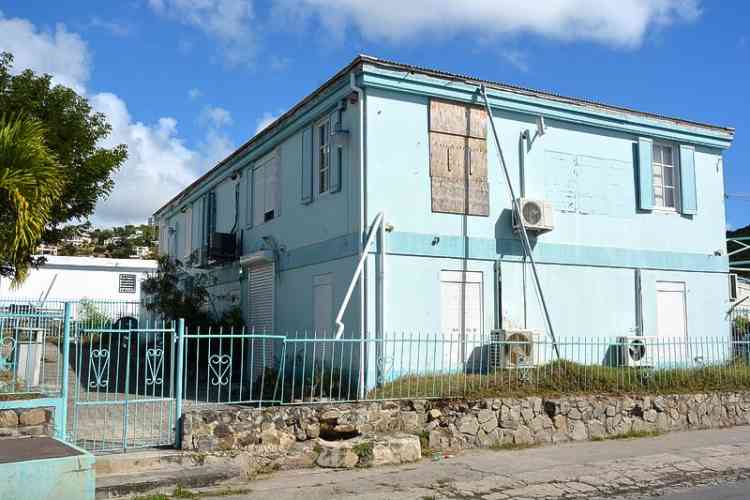 PHILIPSBURG–Deputy Prime Minister Wycliffe Smith answered a number of questions about the status of and situation surrounding the dismissal of St. Maarten Cable TV workers and the predicament of that company’s subscribers, during the continuation of a meeting of Parliament on the subject Thursday.

Smith was deputising for Prime Minister Leona Romeo-Marlin, who he said had been ill.

Some of the answers were not shared publicly during the meeting and were only provided to Member of Parliament (MPs) confidentially, including the potential effects the pending sale of United Telecommunications Services (UTS) is likely to have on TelEm and what is being done to mitigate these possible effects; whether TelEm’s plans to find a new strategic partner have changed, and the current financial status of the TelEm Group.

The TelEm Group had signed a purchase agreement to take over ownership of Cable TV from its former owner Innovative in September 2016 and Cable TV was subsequently purchased for US $4.5 million, $2,934,000 of which was for the company’s fixed assets (buildings, vehicles, infrastructure, furniture etc.). The purchase was necessary due to several factors, including to keep large competitors out of the market, which would have eventually stifled the TelEm Group.

Smith told MPs that Cable TV had been purchased on a debt-free/cash-free basis and employees were not dismissed prior to the purchase.

As to why workers were not taken over, Smith said it had been determined by an independent expert who conducted a manpower assessment that the TelEm Group could include the Cable TV activities in its operations without requiring additional manpower other than two to four technical professionals. Therefore, the Cable TV employees were in fact redundant.

TelEm offered workers a layoff plan with pay-out amounts that were well above the legally required amounts.

Cable TV employees have not been integrated into TelEm, as the conclusion from the manpower assessment has not changed. “There is still no need for additional manpower and it is not expected that will change,” Smith said.

The original plan was to hire as many former Cable TV workers as required, as contractors on a temporary basis, to maintain the coax network until the Fibre to the Home (FTTH) deployment. During that time and after the FTTH project was complete Cable TV staff would be given preference over non-TelEm staff if there were job openings.

Smith said once the sale had been finalised, Caribbean Teleview Services NV had requested by letter of October 7, 2016, that the Minister of Tourism Economic Affairs Transport and Telecommunications (TEATT) transfer the licences for cable network and for television to TelEm. A copy of the letter was sent to Bureau Telecommunications and Post St. Maarten (BTP).

Cable TV was purchased so that TelEm can use its underground pipes to execute the FTTH project, blow fibre through existing pipes so as not to have to trench, and to keep a competitor out of the market, Smith said.

“If a large Internet provider or telco was able to buy the company, they would be able to enter the market and provide Internet access and VOIP [voice over internet protocol – Ed.] calls cheaply until TelEm loses enough market share, then goes bankrupt, and then raise prices,” he said.

Another reason for the purchase was so that TelEm can use Cable TV’s existing coax network for high speed data in specific areas for a short period while it executes its FTTH project.

He said, the Cable TV infrastructure had incurred major damage due to Hurricane Irma and consequently some of the benefits are now limited. However, the benefit of keeping a competitor out of the market “remains a major strategic benefit that outweigh the cost paid for the company.”

For now, the company’s name and services will remain the same.