Home Local News Smith answers over 100 questions from MPs on schools, education | THE... 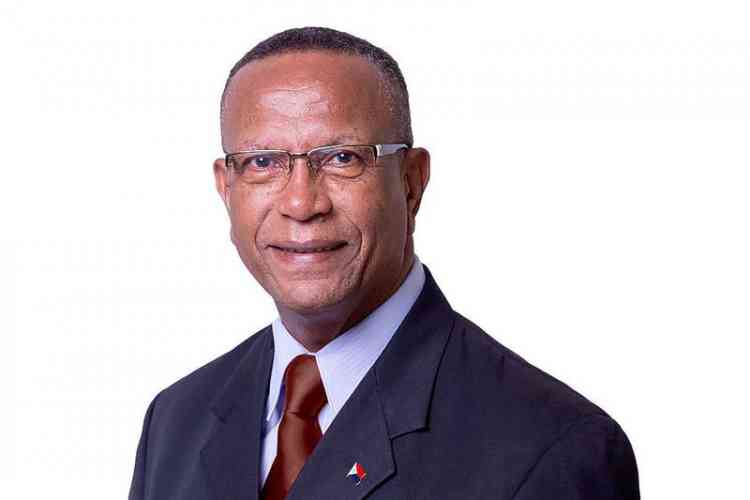 PHILIPSBURG–Minister of Education, Culture, Youth and Sports Affairs (ECYS) Wycliffe Smith on Thursday answered about 120 questions from Members of Parliament (MPs) on schools and education, during the continuation of a public plenary session of Parliament on the subject on Thursday.

The lengthy process to verbally answer the questions, which were also provided in writing to MPs, prompted Chairperson of Parliament Sarah Wescot-Williams to say that Parliament needs to seriously look at the efficiency of having a minister read answers of more than 100 questions, after providing the answers in writing. This, she added, results in meetings being dragged on for lengthy periods, while there may be more current issues to be discussed with a minister.

If MPs receive answers in a timely fashion, it would not be necessary to have a minister read answers to MPs. She said it is the responsibility of MPs to distil from the answers they receive in writing, information that they think is important for the public.

Smith touched on a wide range of issues related to education while reading his answers over a period of more than two and a half hours with one five-minute break in between.

On the matter of teacher shortage, the minister said this is the result of a combination of issues including the aging of teachers; an increase in the student population with the introduction of compulsory education and the decision of teachers to change careers or to leave the island as had been experienced in the wake of Hurricane Irma.

In an effort to address this issue, a committee has been formed to evaluate the teaching profession. The committee will consist of representatives from school boards, Windward Islands Teachers Union (WITU), the UNESCO National Commission and the ECYS ministry.

The committee is expected to deliver long- and short-term advice on structurally addressing the problem through the delivery of a strategic marketing plan to raise the value of the teaching profession as well as advise on strategies for broadening developmental opportunities outside of the field of education and teaching. “The committee is expected to charter a way forward regarding the situation of teachers in the country,” he told MPs.

Smith said although research was done 10 years ago on the supply and demand of teachers, no current data is available to this. The recorded teacher shortage is said to stand at approximately 27.

Elaborating on the “risk” of teacher burnout, a matter the minister elaborated on during an earlier session of the meeting, he said this can be attributed to the fact that teachers were working in less than ideal situations after Hurricanes Irma and Maria which affected the island last year. In some cases, entire schools were functioning from the campus of another school following the hurricanes.

In other cases, staff rooms were converted into classrooms and teachers were required to work shift systems and in the evening hours and make provisions for their own families around their teaching schedules. These and other factors contribute to the risk of teacher burnout. “The risk of teacher burnout is one that the ministry takes seriously and therefore efforts will continue to be made to secure resources required to repair educational infrastructure so that all schools can return to normalcy in the near future,” the minister assured.

As it relates to insurance funds for the repairs of hurricane-battered schools, he said government has received an advance payment of US $5.5 million for all buildings that fall under the general insurance policy of government. From this amount, US $933,055 (16.9 per cent) was disbursed to school boards for school repairs. Authorities will start with the immediate repairs of six public schools following the finalisation of a bidding process.

The final insurance payment to government will depend on the results of a mediation process between NAGICO Insurances and an external auditor contracted by government to finalise the process. The Ministry of General Affairs through Facility Services has confirmed that all schools have been insured for the 2018-2019 academic year and the policy includes content insurance, he said.

In response to a question as to how much it would cost to repair all schools, Smith said through the National Recovery and Resilience Plan (NRRP) getting educational facilities back in operation and reconstructed, would require a total of US $55.7 million.

The Minister also touched on the situation with the Philipsburg Jubilee Library which the minister said is in dire straits currently and workers are operating under less than favourable conditions. The board of the library is currently awaiting the green light to relocate to a temporary location while a new building is being constructed. He said library staff is “stretched to the limit,” and have to deal with a number of situations daily including contending with a leaking roof, stacked storage boxes and books and mould, amongst other things.

As it relates to the three pavilions provided by the Dutch government to accommodate schools that were damaged after the storm, he said these are being dismantled and the components are being stored in three containers located at the Little League Stadium. No decision has been made for the future use of pavilions.

Once all the pavilions have been dismantled and safely secured, the ministry will follow up with plans on how they will be used in the future. Smith said the assembling and dismantling of the pavilions is a very costly process hence all factors including these will have to be considered. The pavilions are also not designed to withstand storm winds, and this has to be taken into consideration when determining their future use.

In giving an update on the Prins Willem Alexander School (PWAS) for Special Education in St. Peters, which was torn down sometime back and was undergoing construction for a new school, he said the project was halted after Hurricanes Irma and Maria in September last year and plans are currently being discussed to resume the construction of the educational institution.

Asked what his vision for education was, the minister said the Ministry is currently conducting an exercise of aligning various year plans which should be presented to Parliament soon. The vision revolves around the governing programme and once the plans and policies are aligned, Smith would be “happy” to return to Parliament and present his overall vision.

In responding to questions on school bussing, he said a policy is being developed, which will be based on the national decree on compulsory education, which stipulates that the minister is compelled to ensure the provision of school bussing to students who may need it. A number of other issues were touched on in Smith’s answers provided to Parliament.

After the minister answered the questions and a brief break, the meeting had to be adjourned until further notice due to the lack of a quorum.