Home Local News Smith calls for awareness and acceptance of autistic persons    | THE... 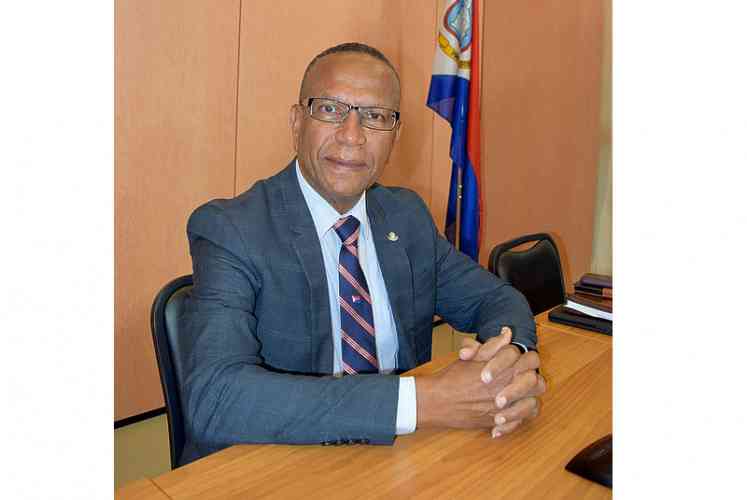 PHILIPSBURG–Minister of Education, Culture, Youth and Sports Wycliffe Smith, on Wednesday, called for awareness of Autism Spectrum Disorder (ASD) and acceptance of autistic persons in the community.

His comments, made during the Council of Ministers press briefing on Wednesday, came on the heels of World Autism Day which was observed on Tuesday, April 2. “There are persons in our community who are living with ASD or caring for someone who is along the Autism Spectrum. We have educators and specialists who also work with children and their families to help them navigate the world of the autistic mind. As a community, we must be aware of the needs of these persons, and in our friendly island manner show them that we accept them, and that we understand that they are unique, but we love them just the same,” Smith said.

“The symbol for Autism is a jigsaw puzzle piece. Each one of us is a different piece of a puzzle and each unique piece is important to completing the puzzle. You can also show your support by sharing information to bring awareness of Autism on your social media pages throughout the month of April.”

On World Autism Day member states of the United Nations are encouraged to take measures to raise awareness about people with Autism Spectrum Disorder throughout the world. ASD is a complex developmental disability; signs typically appear during early childhood and affect a person’s ability to communicate and interact with others. ASD is defined by a certain set of behaviours and is a “spectrum condition” that affects individuals differently and to varying degrees. There is no known single cause of autism, but increased awareness and early diagnosis/intervention and access to appropriate services and support, can lead to significantly improved outcomes.

Some of the behaviours associated with autism include delayed learning of language; difficulty making eye contact or holding a conversation; difficulty with executive functioning which relates to reasoning and planning; narrow, intense interests; poor motor skills’ and sensory sensitivities. Again, a person on the spectrum might follow many of these behaviours or just a few, or many others besides. The diagnosis of autism spectrum disorder is applied based on analysis of all behaviours and their severity.

In a press release issued on Wednesday, the Health Ministry’s Collective Prevention Services (CPS) said ASD begins in childhood – in most cases the conditions are apparent during the first five years of life – and tend to persist into adolescence and adulthood. Worldwide, people with ASD are often subjected to stigma, discrimination and human rights violations.

Some people with ASD can live independently, while others have severe disabilities and require life-long care and support. Evidence-based psychosocial interventions such as behavioural treatment and parent skills training programmes, can reduce difficulties in communication and social behaviour, with a positive impact on wellbeing and quality of life for persons with ASD and their caregivers.

Individuals with ASD often present other co-occurring conditions including epilepsy, depression, anxiety and attention deficit hyperactivity disorder (ADHD). Available scientific evidence suggests that there are probably many factors that make a child more likely to have an ASD, including environmental and genetic factors.