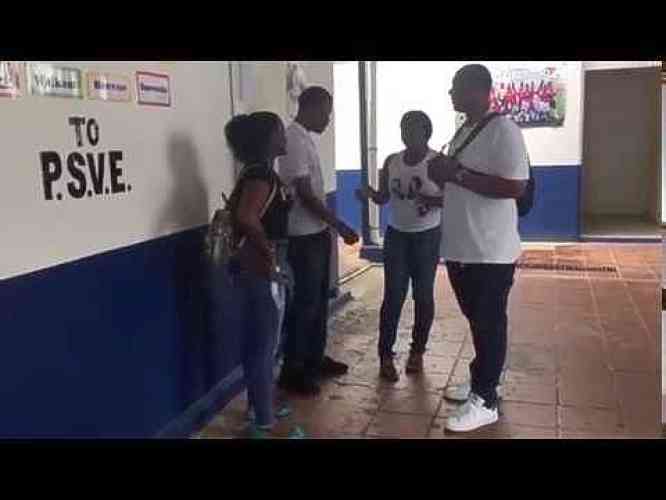 PHILIPSBURG–All PBL and PKL students in the country will have to re-sit the Spanish national exams, as the test had been compromised after the Preparatory Secondary Vocational Education (PSVE) section of St. Maarten Academy administered the exam to its students one day ahead of schedule.

All school that give the exams have to administer them to their students on the same date. PSVE Principal Lavern Nelson, who had promised to provide a comment on the matter on Monday, said yesterday that she will not be commenting on the matter for now.

Education Minister Wycliffe Smith told Members of Parliament (MPs) during the continuation of a meeting on Monday that he is aware of “the discrepancy” regarding the Spanish exams being administered earlier than scheduled.

“Our Division of Exams and the Inspectorate are taking necessary measures to ensure this matter is corrected. Please be informed that this is a very unfortunate situation, as the Inspectorate has decided that the Spanish exam “eerste tijdvak” [initial exam – Ed.] has been deemed “ongeldig,” in other words invalid,” Smith said in commenting on the matter as he wrapped up his first round of answers on the effects of the lump sum subsidy on two secondary school boards.

He said all schoolboards are being informed accordingly.

The parent of a Milton Peters College (MPC) exam student brought the issue to light in a letter to the media on Sunday. She said the National Spanish Exam from the Expertisecentrum voor Toetsen and Examens (ETE) which was scheduled to take place at secondary schools in St. Maarten and in the Netherlands on May 22 had been compromised, as PSVE students had sat the exams the day before other schools did.

“Unfortunately, all other schools would have to re-do this Spanish exam during the re-sit period in June-July. This ultimately means that there will not be a final result for those schools because of this situation in time for graduation.

“The major setback is for the student, because those who may have done well on the first exam may not get the same results during the final exam. This is not fair to the students who prepared for the exam for that day,” the incensed parent said.

“It is with complete amazement to know that a blunder like this can be made in this day and age with so many checks and balances. The question thus remains, why would the principal of St. Maarten Academy PSVE administer the National Spanish Exam the day before it is scheduled?”

The parent said she knew the exam schedule and had been informed by her son that his friends at St. Maarten Academy PSVE did the Spanish exam the day before, noting “obviously the exam was discussed.”