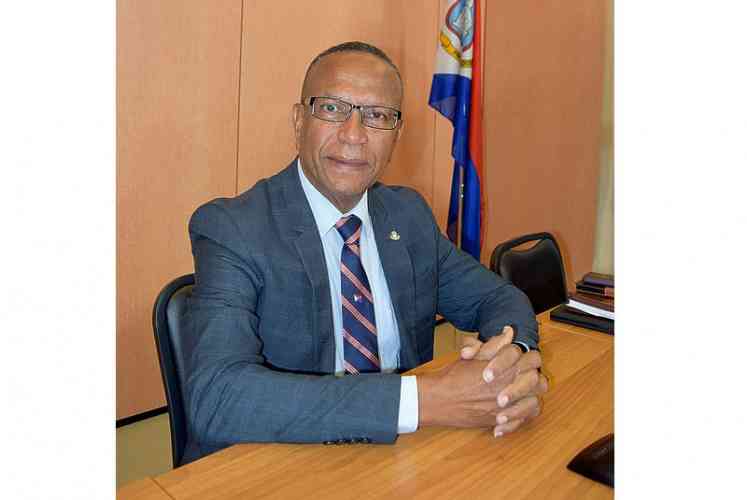 This was one of several recommendations made by Education Minister Wycliffe Smith in an eight-page report, a copy of which is in this newspaper’s possession, to “maintain peace and continued education” for students at the PSVE school.

Earlier this year Smith intervened in a conflict between some PSVE teachers/staff and principal Lavern Nelson. The conflict escalated when several teachers called in sick for several days during the start of the new academic year in a form of silent protest. Smith had met with teachers, the principal and union and prepared a report on the matter. After meeting with all parties Smith said he concluded that “poor communication between all parties is the crux of the problem.”

In his list of recommendations, Smith said FAVE, which oversees both sections of St. Maarten Academy, should demonstrate the necessary respect for the teachers, the staff and the union.

He also suggested that the school board hires a change management coach for the next six to twelve months. The school board should also begin to attract new members. “The Principal will need to accept that the ‘storming phase’ in team development centres around her and, therefore, it will be extremely difficult for her to lead the teaching staff out of this stage. Consequently, she should rely on external help such as the change management coach to assist her and the Board in navigating out of this storm,” Smith said.

Fundamental reforms related to the PSVE, such as rebranding the school and introducing new educational programs like the Caribbean Certificate of Secondary Level Competence (CCSLC) should be communicated, in first instance, directly by the school board to the teachers. Teachers should not get the impression that it is the principal who is independently making sweeping changes at the school. “Matters related to hiring and firing of teachers and staff should be

conveyed, to the teacher or staff member concerned, by the Board. The Principal should not be the messenger in these matters,” the report reads.

Written and even verbal communication directed to the Board should be addressed as soon as possible by the Board. Not only written communication is important but face-to-face contact with the teachers and staff as a group as well as with individual teachers and staff members is also essential. “A back-to-school breakfast alone is not sufficient. Especially now, when the school is making major changes in the philosophy, vision and direction of the PSVE, the Board should be clear in communicating such with the staff and teachers.”

He said the current tension between the Board and the teaching staff might have been mitigated if the Board had given the teachers the due respect by just listening to their grievances in a timely manner and giving them a professional and honest explanation.

Smith said the principal possesses the necessary management skills (i.e. administrative and organizational) to run the PSVE. In the past, the principal functioned as a school coach at the PSVE and, at that time, apparently had no problems relating to and communicating with the teachers and staff. However, her return to the PSVE as a Principal has brought about much tension between herself and the teachers. Prior to her appointment there was a history of teacher non-compliance with the school’s rules. Hence, the sitting principal cannot receive all the blame for the current conflict, Smith said.

“Due to Hurricane Irma, the PSVE campus now had to accommodate two schools and follow tight time schedules. Some teachers apparently have some difficulty adjusting to the new schedule as well as to the new educational direction that the school is taking. In some instances, it seems as if the principal also took on the role of the Board and was communicating as if she were part of the Board.”

“Hearing the Principal speak about the way she communicated with the staff and reading her emails to the staff it is noted that her communication style is very professional. However, during her presentation to the teaching staff, there seemed to be a sense of irritation, reprisal, disdain and a tinge of pride, in the absence of some teachers and staff. It would have been more professional to not discuss their personal short comings in such detail,” Smith said.

According to Smith from the perspective of the staff and teachers, their complaints are valid and as such should be accepted and respected by the principal and the Board. “Even though the principal and the Board do not agree with the teachers’ perspective, each complaint, grievance and even accusation should be responded to objectively while at the same time showing concern and maturity. Teachers and staff, however, must realize that their role is to assist the Board and the principal to execute the core business of the school which is to offer students quality education,” Smith said. “Teachers and staff must also realize that the Board and the management are the ones to establish the rules, policies and guidelines for the school. Once these rules have been communicated to them in a proper and timely manner, then as teachers and staff, they have no choice but to follow them. Teachers who are unable to abide by the policies and rules should consider resigning from the PSVE instead of remaining at the school and stirring up conflict.”

Smith said even though he requested that teachers refrain from going to the media, it is unfortunate that during the time of mediation, they defied that request which, as a result, only worsened the relationship between the parties concerned.

He said since the mediation process, WITU has been very cooperative and professional in carrying out its role as representative of the teachers and staff. “The union listened to the principal. the teachers and the staff. Upon the request of the minister, the union refrained from making further comments in the media which has been very helpful in mitigating and defusing the conflict,” he said in his report.

While the union’s role in the first place is to ensure proper “working conditions” for the teachers, it can also play an important role in encouraging teachers not to lose sight of the education of the students. The role of the union is not only to protect the rights of the teachers, but the union is also there to remind teachers and staff of their duties towards the schoolboard and the students, the report read.

In this situation where there is tension between the teaching staff and the Board and the principal the Board should be very open and honest with regard to decisions taken pertaining to the hiring and firing of staff. “If this is done in a legal and fair manner, the union would be able to understand the procedure and consequently be able to ensure the teaching staff that their rights are not being violated. The Board should not perceive the union as an enemy but rather as one of the stakeholders that can assist in implementing the educational goals of the school.”