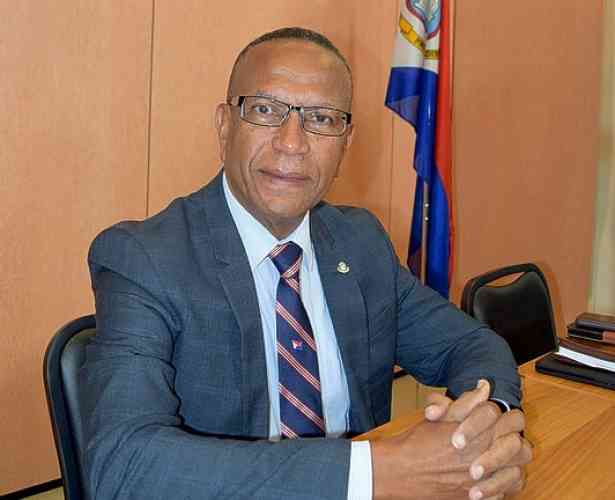 PHILIPSBURG–Education Minister Wycliffe Smith said presenting a safe school plan to Parliament within 60 days as was stated in a motion passed by Parliament on November 9, last year, was “not very realistic.”

He said a comprehensive safe school plan involving stakeholders will take at least 12 months to complete. Smith made the remarks on Monday evening in response to a question from Member of Parliament (MP) Rolando Brison about the motion during the second round of questions in the meeting of the Central Committee of Parliament on the draft 2019 budget.

“I would like to make it clear that as Minister of Education, Culture, Youth and Sport, it will always be my intention to report back to Parliament, and also to carry out Parliament’s instructions to the best of my ability,” Smith said.

“…Since 10-10-10 some seventy-plus motions have been passed by Parliament. However, with the exception of the motions of no-confidence, the results of but a few motions were reported back to Parliament. Parliament requested to receive the Safe School Plan within 60 days, which was not very realistic. I have noted that some of the safe school plans in the USA took 12 months or more to be completed.”

He said the preparation of a comprehensive safe school plan in Sint Maarten, involving all relevant stakeholders would take at least twelve months to complete. “Furthermore, it is not possible to produce one plan that would be applicable to all schools because of the specificities of each school, such as location, school access, layout of school buildings, and student population. Consequently, it makes more sense for each school to develop its own safe school plan that would not only deal with the violent and aggressive behaviour of students, but would also include evacuations, emergency management, etc.,” the minister explained.

He said the progress report on the safe school plan, consisting of some 22 pages, was submitted to parliament on March 13. “I am very happy to say that there is progress and when the time comes, I look forward to discussing this report with parliament and together, deciding the best way forward, including a more realistic time frame for me to be able to deliver results we all can be proud of.

“As far as this relates to the budget, I do believe that some time is needed and we are still a way off from accurately submitting budget amounts for this project. I am, however, confident that as we move forward, we will make the best of what we have to continue to put policies and plans in place for the protection of our children.”

He said also that the Ministry of Education, Culture, Youth and Sports (ECYS) already has a policy document, in draft form, comparable to a safe school policy plan, which is entitled the “St. Maarten National Discipline Policy Planning Framework for Elementary Education.”

“Therefore, instead of re-inventing the wheel, this policy framework can be revised to include secondary education, emergency and recovery management, thereby expanding it to become the National Safe School Policy Framework for Sint Maarten. Such a policy framework would require schools to prepare their own specific policies and manuals that deal with several of the elements listed in the Parliamentary motion of November 9, 2018, such as: parental support, positive peer pressure, parental responsibility and public awareness.”