Home Headlines & Top Stories Smith: School boards should budget based on their finances | THE DAILY... 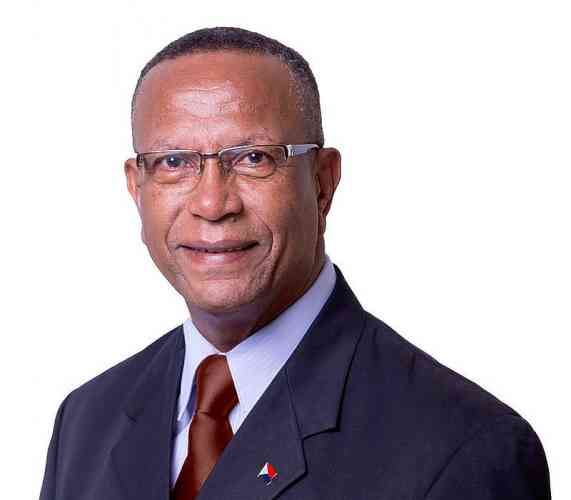 PHILIPSBURG–School boards should budget for expenditure based on their finances, Minister of Education, Culture, Youth and Sports (ECYS) Wycliffe Smith told reporters on Wednesday.

Smith’s statements came on the heels of statements made by Foundation for Academic and Vocational Education (FAVE) Chairman Roland Duncan earlier this week that both sections of St. Maarten Academy will have to consider measures such as increasing school fees, cutting staff and selling (instead of renting) textbooks to students in an effort to combat the effects of the drop in subsidy. Duncan said at the time that the board will receive more than NAf. 2 million less in subsidy per year.

Smith said during the Council of Ministers press briefing that the process of calculating subsidies has not changed for the past four academic years. All subsidised school boards have been following the same procedure since August 2015. As stakeholders, there have been several meetings between the ministry and the school boards, where the school boards had a chance to voice their opinions and to be a part of the process that involves the way their schools are subsidised.

He said the number of students enrolled at the school or institution affects the amount of subsidy allotted to each school board.

“If a school increases its student intake, then the calculation is adjusted upwardly to reflect the additional students that were admitted. Likewise, if the student population of a school decreases, this will also be reflected in the final sum as well. In other words, the subsidy calculation is adjusted downwardly to reflect the decrease in the number of students at that school,” Smith explained.

“Each school board, therefore, must budget for expenditure based on their finances. As the competent authority, school boards determine how they run their operations, including human resource [staffing – Ed.] and facilities management [maintenance].”

He explained that the Minister of Education is the competent authority for only the Division of Public Education, which is the school board that runs the public schools. Smith said that as minister he does not hire or fire teachers or other staff of subsidised schools. However, he monitors the qualifications of teachers and the quality and standards of the education that is being offered via the Division of Inspection.

Smith said he is aware that some school boards are facing difficult decisions in the coming weeks as they plan their budgets for the 2019/2020 academic year.

“The President of the Board of FAVE [Duncan] met with me on March 27 to discuss some their challenges such as concerns regarding safety and security at the school, and he also discussed the impact of reduced enrolment numbers on their finances,” he said, adding that the FAVE Board has filed an appeal with him as Minister and not against him or against the Ministry.

“At this point, the discussion with the board of FAVE is ongoing, but as the competent authority for the St. Maarten Academy – the Academic and PSVE sections – how they decide to balance their budget is within their right, once the measures that they take comply with the education laws of the country.”

Duncan had told this newspaper earlier this week that the drop in subsidy has some serious implications for the two schools, which now have to take measures to make up for the loss in subsidy. He said measures will have to be taken at both schools, but primarily at the PSVE section.

He made clear that no decision had been taken as yet on how many staffers would be terminated and the figure of 14 staffers to be laid off was inaccurate. The two schools have more than 140 staffers, including teachers, administrative staff, cleaners, security, etc.

He said also that in addition to the slash in subsidy, government has instituted new requirements for the schools to follow.