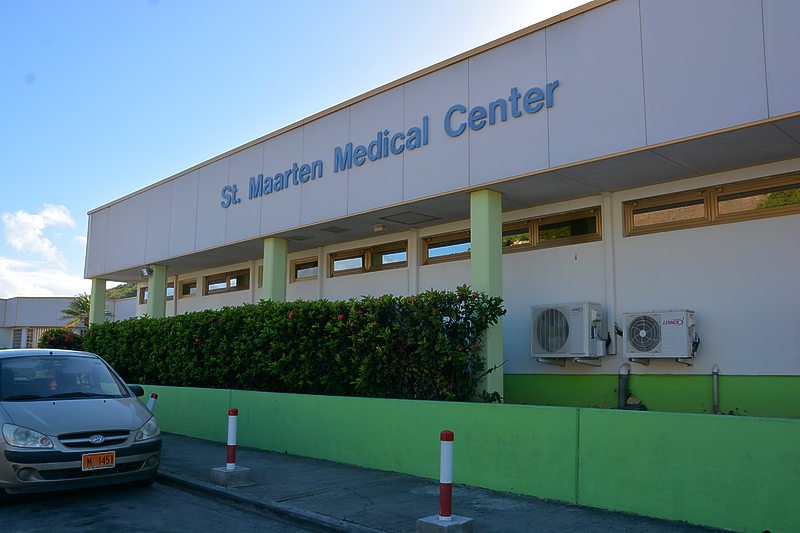 PHILIPSBURG–The Judge at the Court of First Instance, on Monday, heard a court case between St. Maarten Medical Center (SMMC) and the Inspectorate of Public Health IVSA regarding differences of opinion on the meaning of certain stipulations in (outdated) legislation and about the degree of authority both institutions have in healthcare.

According to SMMC, the Inspectorate is incompetent. It does not understand the system of healthcare laws, and takes unnecessary repressive actions.

The Inspectorate claims that SMMC is deliberately ignoring the law, and has ordered the Medical Centre to adhere to the rules where it pertains to the admission of medical practitioners and the reporting of calamities. In case of non-compliance the Inspectorate attached fines to the orders.

In mentioning some missteps by the hospital, the Inspectorate mentioned the admission of a gynaecologist who did not have any practical experience for two years.

The Inspectorate is tasked by the Ordinance Care Institutions with the admission of medical practitioners, which includes the mandatory taking of the oath. However, many practitioners working at the hospital have never sworn an oath, it was stated.

The Medical Centre is obligated to report calamities, as “the reporting, investigating and learning from calamities are necessary elements for the provision of responsible care and an adequate quality management system,” the Inspectorate claimed.

Reported calamities have led to the introduction of a triage system to conform to Dutch norms which was introduced at the hospital’s First Aid Unit after the 2012 Inspection report, and to improvements made at the Intensive Care Unit, the Inspectorate said.

Based on “facts, arguments and several examples taken from daily practice,” the Inspectorate sought to prove during these legal proceedings that it has always and is still doing its utmost to perform its tasks in a professional and constructive manner.

The hospital, however, countered that in reporting calamities the Inspectorate had failed to protect the privacy of practitioners and patients.

According to the Inspectorate, SMMC is “counteracting,” leaving no opportunity unused to keep the Inspectorate out of the door. These are, Kweekel stated, indications that the healthcare institution considers itself to be above the law, as it repeatedly and “knowingly” ignores its legal obligations.

The Inspectorate regrets this as the hospital’s acts do not contribute to the “necessary improvements of the quality and safety” of the provision of healthcare at SMMC.

According to the Inspectorate, the hospital has failed to draft standards for the provision of “second-line healthcare,” which it had promised to do after the 2012 inspection audit. The Inspectorate claims that SMMC is using local or Dutch standards whenever it deems fit.

After the inspection audit of 2012, the Inspectorate expected SMMC to work on the organisation of a quality system and of the development of “field norms” and protocols. However, the hospital had failed to do so, which led the Inspectorate to using Dutch and American norms during incidents.

SMMC feels that the Inspectorate is overstepping the boundaries of its authority and is making rules and procedures “unnecessarily complicated,” attorney Pieter Soons said on behalf of the hospital.

“This court case has the main objective of providing clarity and to create an impartial judgment on topics where SMMC and the Inspectorate have different interpretations of the laws and the objectives of the laws. SMMC intends to create a mutual understanding and having a court ruling should give both parties much needed clarity, which seems to be essential for the working relationship of the hospital and the Inspectorate. This court case should establish clearer legal standards for both parties and provide legal certainty for the future as well,” SMMC said in a statement.

“The overarching goal of all parties is to work in the best interest of the community and provide quality care to the people. High-quality healthcare is the ambition and crucial for Country St. Maarten and the people that depend on it. All and every healthcare-related institutions in St. Maarten must abide by the related laws of the country and to maintain a stable working relationship there must be a common understanding of what the laws represent regarding procedures, responsibilities and authorities. Without clarity important issues will be left up to individual interpretation. However, objectivity can be achieved through formal decisions such as a court ruling.”

SMMC deems it important to find a healthy balance between the Inspectorate and the hospital. “Each has their own role within the healthcare system of St. Maarten, with consideration that standards remain appropriate and clear. St. Maarten is in a stage of improvement within its entire healthcare system. Legislation and policies that stifle healthy growth must be acted upon in the interest of the public. The safety, satisfaction and health of the people in our care require clear legislation and an assurance that the laws of St. Maarten are abided by correctly. Patient- and employee safety and confidentiality are essential. Through this court case the focus can be placed on setting clear lines with which all parties can move forward,” the hospital said.

The Court will give its decision May 16.