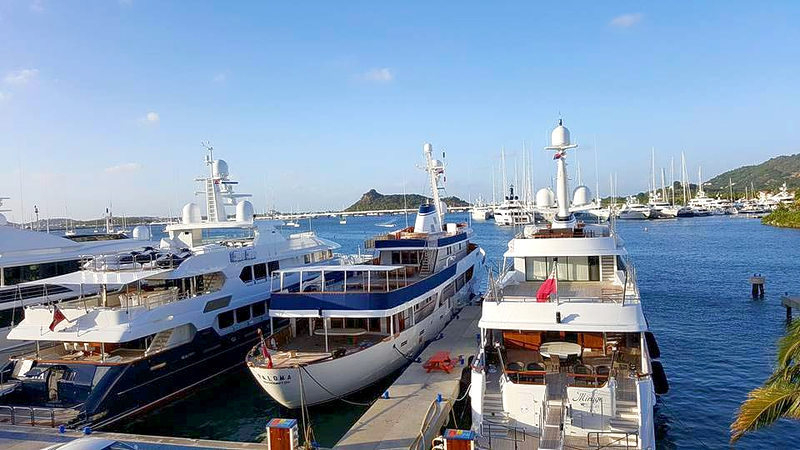 “Once again, decisions have been taken by a Government Ministry that have a potentially severe effect on the entire tourism industry of St. Maarten without holding meetings with the appropriate stakeholders such as the SMMTA in order to better understand the very real and immediate ramifications of their decisions,” said Deher.

The policy put into effect by the Ministry of Justice via the Police Force affects visa-restricted crewmembers from both sectors who intend to transfer (same day) via St. Maarten for the purpose of making a connection via plane or boat, to overnight here to make a connection (transfer) via plane or boat (maximum 48 hours) or those seeking to remain (manifested) on a vessel in port for a period longer than 48 hours and do not possess a Dutch Caribbean visa (DCV).

In this specific case of the new immigration requirements, SMMTA understands and agrees with the Ministry of Justice’s mandate to ensure that borders are protected. However, new policies or different interpretations of existing policies should be implemented in a manner that does not cause such dramatic issues that affect the macroeconomic viability of the country, Deher told The Daily Herald.

SMMTA is working with its membership, St. Maarten Hospitality and Trade Association (SHTA), and other stakeholders to open the lines of discussion with the Justice Ministry and other Government departments on this and other issues.

“We are hopeful that the best interests of St. Maarten will prevail,” Deher said.

The country’s fledgling cruise ship home-porting sector and its fragile yachting industry have been dealt a blow by new immigration requirements for crewmembers.

United People’s (UP) party leader Member of Parliament (MP) Theo Heyliger spoke out against the policy earlier this week. He said the new policy was yet another clear indication that the Government has zero clue about the tourism industry and how fragile St. Maarten’s position is.

“It appears as though no one looked at the efforts and investments made to develop the country’s home-porting sector. The Harbour [Port of St. Maarten – Ed.] is an essential part of our economy, an economy already hurting from the tremendous loss of cruise ships and decline in tourism in general in the past years,” Heyliger said.

Visa-restricted crewmembers will be allowed only an initial stay of 30 days to a maximum of 90 days per annum. The counting of these stay days shall be determined by the actual number of days spent in the Dutch Caribbean, which is in line with the Dutch Caribbean visa policy, according to the letter.

This rule means that crewmembers who exhaust their 90 days will have to wait a full year before returning to St. Maarten. Crewmembers of yachts and cruise ships work year-round and are often posted on different ships during the year.

A fee of NAf. 45 is attached to each positive decision rendered for a crewmember’s stay. The Immigration and Border Protection Service will invoice all ships’ agents (acting as guarantors) on a monthly basis on the fees owed to Government for that month.