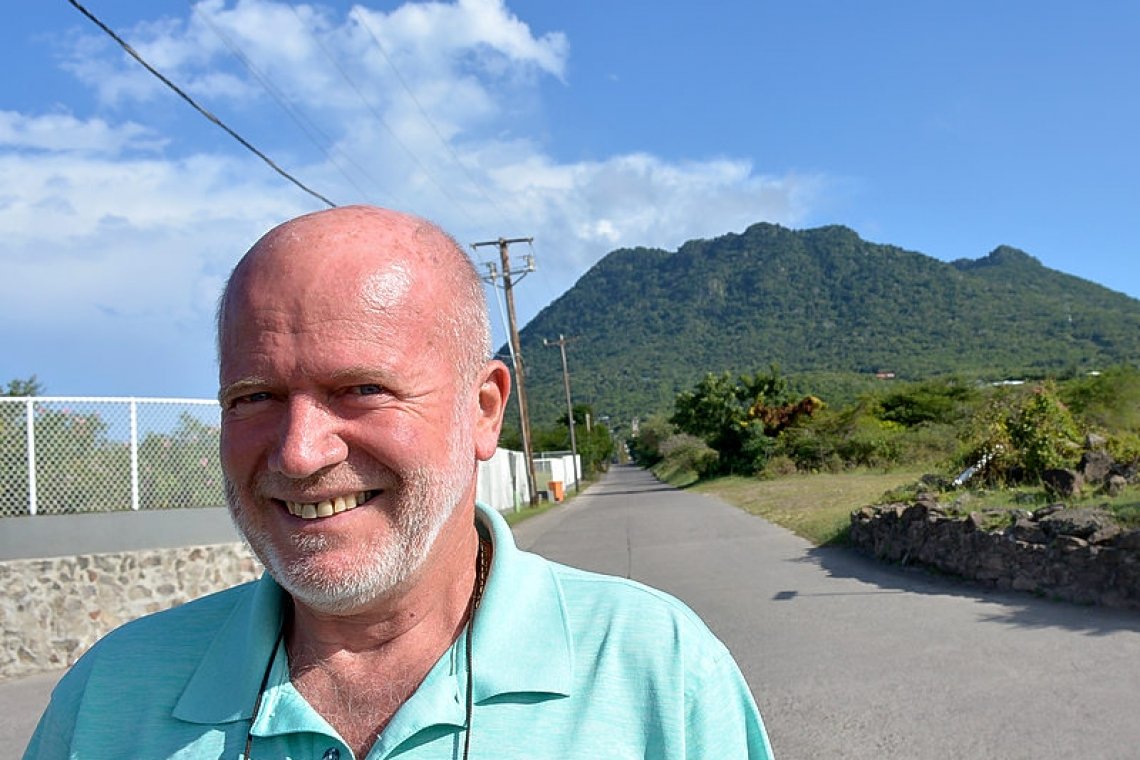 ST. EUSTATIUS–The draft law to extend the intervention in St. Eustatius, together with the advice of the Council of State, was sent to the Dutch Parliament on March 31. During a town-hall meeting held in September 2019 then State Secretary and current Minister of Home Affairs and Kingdom Relations BZK Raymond Knops presented a four-step plan to return full local democracy to Statia, which is now reflected in the law proposal.

Once approved, the draft law will make it possible for the people of Statia to elect an island council with very limited authority, most likely in October. However, most power will remain with the Government Commissioner. Stalwart of the Democratic Party (DP) Nicolaas “Koos” Sneek is highly critical of the law proposal. Similar to the Council of State, which in its advice questioned whether there would be political parties interested in taking part in these elections, Sneek wants to know if the Dutch lawmakers who are asked to approve this law for Statia would be willing to run for office under these conditions.

“Reading the explanatory notes to the draft law carefully, it can be concluded that according to Mr. Knops political parties do no longer exist on Statia. Although in my humble opinion those political parties are the ones to nominate their candidates for the coming elections, none of them has been included in the consultations. They [actually only one party – Progressive Labour Party (PLP) – Ed.]  were part of the problem but are not seen as part of the solution,” he said. “It seems to be forgotten that some of these same political parties, especially the DP, have warned many times about the deteriorating situation on Statia. Their warnings were ignored.”

Sneek says that in the explanatory notes only “potential politicians” are being mentioned while existing political parties are being ignored. “I take this, as a member of the Democratic Party, as a form of contempt. Our party has been part of government since 1949. How does the minister [Knops] think that we can start a healthy dialogue after the elections on these terms? The decision for this draft law has been taken over our head. The Hague knows what is best for us. This approach seems also an attempt to influence the political landscape on our island. This can also be concluded from the repeated mentioning that it needs to be avoided that a situation as before the intervention will reoccur.”

“I share the opinion of the minister that an occurrence of the situation as before the intervention is not desirable. However, the responsibility to avoid this lies with the electorate and not with the government in The Hague. Influencing or intervention by The Hague where our local politics is concerned is an infringement on our democracy and should not be tolerated.”

According to Sneek, the WolBES and FinBES laws have failed, as did institutions such as the Council for Financial Supervision CFT and the Kingdom Representative, which the minister want to reintroduce in his four-step plan. He holds these institutions co-responsible for the situation Statia finds itself in.

“The fact that the Kingdom Representative will have the right to take part in any meeting of the Island and Executive councils shows a high level of patronizing and distrust of Statia’s political parties and future elected local officials. This authority will be given to the Kingdom Representative while steps are being taken to scale down and eventually abolish this function.”

Former minister of Home Affairs and Kingdom Relations Ronald Plasterk also shares the blame, according to Sneek. All signals were there but he refused to deal with it and let it escalate until it reached to a point where an intervention as we experienced was unavoidable. I do not read anything in the explanatory notes of measures that will be taken to avoid these failures from happening again. A concern I share with the Council of State.”

Sneek also pointed at the report of the Committee of Wise Men who also pointed out that not only Statia was at fault when things escalated the way they did.

“Decisions made and laws implemented by the national government have increased poverty and caused two-digit inflation. It took 10 years to come with a far from perfect social minimum. The island government must run their affairs with a structural shortage of funds. A barrage of laws has been thrown on the island, while restraint was promised and a dialogue was to take place. The pensionable AOV age has been raised from 60 to 65 in record time without a public dialogue. The laws for abortion, euthanasia and gay marriage were adopted immediately without any public debate … Islanders feel they are treated as second-class citizens. All this creates a breeding ground for unrest and dissatisfaction and political parties and politicians that respond to the call. When The Hague takes these issues more seriously, the chance that it will go wrong again on Statia will be reduced tremendously.”

Without questioning the need for a certain level of knowledge for elected officials, I question in what democratic system the higher government can demand that elected officials undergo training before they can take up their responsibilities. Also, I question where in The Netherlands did this ever happen and would any government in its clear mind demand this, or perhaps do different criteria apply for Statia’s elected officials? By passing this law it sure does,” said Sneek.

He applauds that BZK offers facilities to improve the skills of elected officials, but said this can never be a requirement. “The responsibility to prepare future Island- and Executive Council members lies by the individuals themselves and their political parties.”

Keeping Statia under the rule of a government commissioner for at least four additional years and withholding the island a fully local and democratically elected government is not necessary and “by far” disproportional, according to the DP-politician.

The serious neglect of tasks and disregard of the law by Statia’s local government took place between 2015 and 2017. “That does not mean that in the years before and even after 10-10-10 everything went as smoothly as it should. Good-willing governments had to struggle with insufficient funds to carry out their tasks with underqualified staff, and still all reports pointing out this lack of financial means, and not only for Statia but also for Saba and Bonaire, were put, aside also by this minister,” said Sneek.

“Only after the intervention it seems to dawns with the ministry that, according to the explanatory notes, it is often very difficult to carry out projects due to the small scale of the island and the lack of knowledge, personnel, materials and means. Government after government were facing this dilemma for decades and were forced to struggle on. When calling this a gross neglect of tasks, also the national government should take responsibility,” Sneek continued.

“My conclusion is that this law should not be passed. I have difficulty believing that a Member of Parliament would postulate him or herself for an election under conditions of this law, in which you do not have the budget right and cannot appoint commissioners to carry out your party’s programme. I agree with a transitional period. This transitional period should be with duly-elected island and executive councils functioning according to the WolBES and the FinBES. Sufficient guarantees can be built in for progress to continue and to minimize as much as possible the chance that the situation from before 2018 will repeat itself. This can be achieved by simply giving the Governor special powers to intervene when necessary and maintaining the provision of sufficient technical support.”