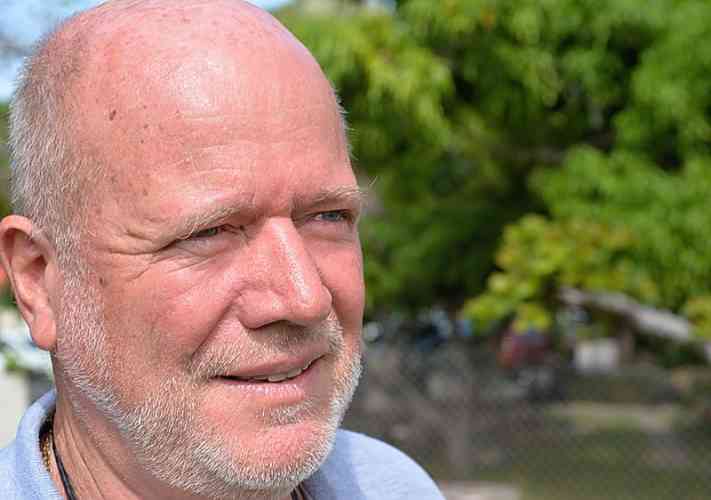 ST. EUSTATIUS–Former Island Councilman for the Democratic Party (DP) Koos Sneek returned to St. Eustatius last week from his mission to lobby with political leaders and parliamentarians in The Hague. His aim was to adapt the Temporary Law Task Neglect St. Eustatius (“Tijdelijke Wet Taakverwaarlozing St. Eustatius”) by including a transitional period. During this period, an Island Council would function alongside the Government Commissioner, if it were up to Sneek.

Meanwhile, State Secretary of Home Affairs and Kingdom Relations Raymond Knops has promised to report back to Parliament by mid-November.

The Executive and Island Councils of Statia were dismissed by the Dutch government in February. The island has since been under administrative control by Government Commissioner Marcolino “Mike” Franco.

“Behind the scenes, finances are being restored and the civil service enhanced. Except for the repair of about 100 houses due to Hurricane Irma, there is physically little progress to be seen,” Sneek was quoted as saying by Dutch daily newspaper Trouw on Tuesday.

Asked if he was afraid that the island government led by Progressive Labour Party (PLP) would return to power after a new election, Sneek told The Daily Herald: “In our democracy, this cannot be an argument to postpone elections. It is up to the voter to decide who will be elected.”

Sneek’s visit to The Hague was planned in advance of a meeting of the Dutch Parliament’s Kingdom Relations Committee to discuss the future of Statia. The meeting was also scheduled to coincide with a parliamentary debate on establishing the social minimum in the Caribbean Netherlands.

A divided Second Chamber, however, rejected setting a social minimum but motioned Knops to undertake further research and deliberation.

Sneek spoke with individual parliamentarians and attended the debate on the social minimum. Most members appeared positive about the establishment of a social minimum for Bonaire, Statia and Saba. However, a straightforward motion to this effect did not pass.

“Although steps will be taken in this direction, not receiving majority support for the motion last week was disappointing,” Sneek said. “But my lobby mission in The Hague is not over. Next week, I have been invited to discuss Statia with Member of Parliament Nevin Özütok of green-

left GroenLinks. On Statia, it is not always easy to understand how Dutch politics work and vice versa. Here we like to believe that we are in the centre of attention, but this is not always the case. So, we have to keep the pressure on.”