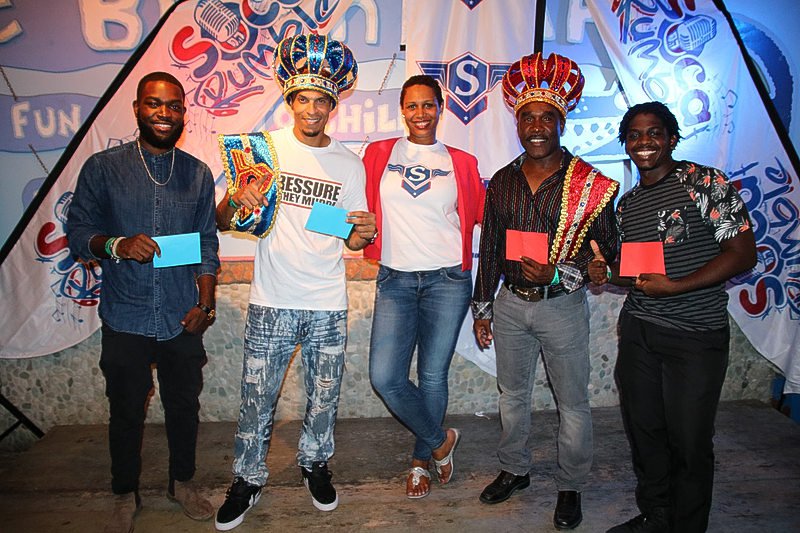 Runners-up in both categories of the show Kenyo Baly and Nicolas “Magic” Henrietta received $3,500 for coming close to the win.

Montage NV, the organisation in charge of the event, was represented by Grisha Marten who believes that Soca Rumble has become bigger than ever. She expects an even bigger growth in attendance next year as the show grows in popularity among residents and visitors alike.

Soca Rumble continues to be a platform for soca performers on the island with their slow groovy tunes or their upbeat tempo tracks.

King Vers appreciated the work Montage had done to host the event and believes that performers should not stop pushing their songs. “Carnival is just a couple of weeks; we need to think about the rest of the year. Government should also subsidise the show. Government should get behind it. We, as artistes, need the push and the organizers cannot do it alone,” said the Power Winner of Soca Rumble.

Mighty Dow echoed King Vers’ sentiments and said he had taken years off from competing, but something about Soca Rumble made him compete once again. Soca continues to grow on the island and this event has no choice but to get bigger and better, according to the long-time performer.

Preparation already has started for the 2017 Soca Rumble and more performers are encouraged to submit their music to Montage in efforts to secure a slot for the event. Sponsor of the event Starz Casino, among others, was praised for its contribution towards the continuation of the event.