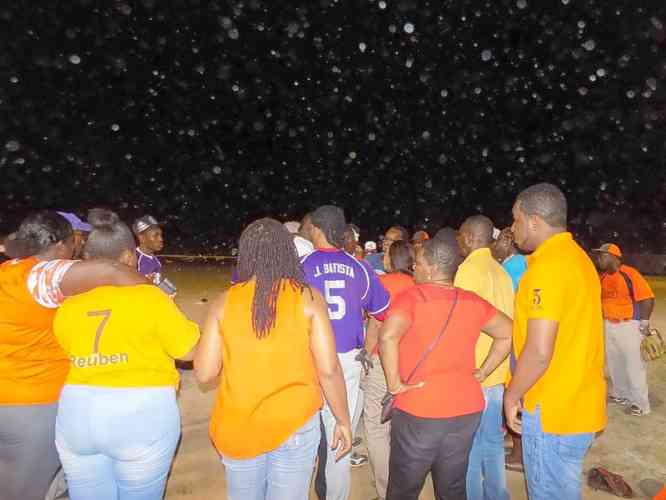 ST. EUSTATIUS–Softball player Garry Brown Sr. was taken to Queen Beatrix Medical Centre (QBMC) in St. Eustatius Saturday evening after he had been struck by a ball hit by a batter.

Brown is the pitcher and captain of the Lions softball team. During a game that was taking place at Sonny Cranston Ballfield, Brown was pitching to a batter when the ball was hit directly back at him. The ball was hit so quickly and with so much force that Brown was unable to get out of the way. He attempted to shift his head but was not able to do it quickly enough, which resulted in him being struck in the face.

Brown immediately fell to the ground as the crowd watching the game fell silent. Players and several fans ran to Brown’s assistance. Brown was handed a cloth to help stem the blood that was running from the gash caused by the blow.

After being treated by off-duty medical personnel, Brown was transported to QBMC in a private vehicle. He was held at the Medical Centre for observation.