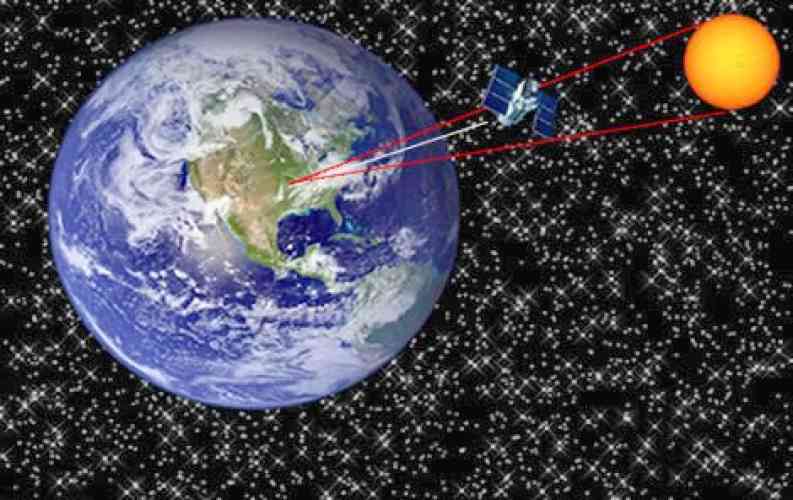 A graphic illustration shows how a solar fade affects satellite signals being beamed back to earth.

PHILIPSBURG–TelEm Group is advising its Cable TV subscribers to not adjust their TV sets if they should happen to experience some brief intervals of interruption of service.

The company said the reason for the interruption could be seasonal “Solar Fades” that occur this time each year. Usually around March and September, the sun produces microwave radiation that affects communication satellites that pass in front of it, causing the signals from these satellites (that Cable TV dishes are pointed at) to become distorted.

More specifically, solar fades happen for approximately two weeks and twice a year. During this time some Cable TV Channels (depending on which satellite they originate from) will go in the dark for 15 to 20 minutes. This can happen anytime between 10:00am and 5:00pm.

TelEm Group reminds its Cable TV subscribers of this natural phenomena and said a service call to rectify this problem is not necessary as the situation will gradually improve as the solar fades subside and eventually disappear altogether until the next period of activity.