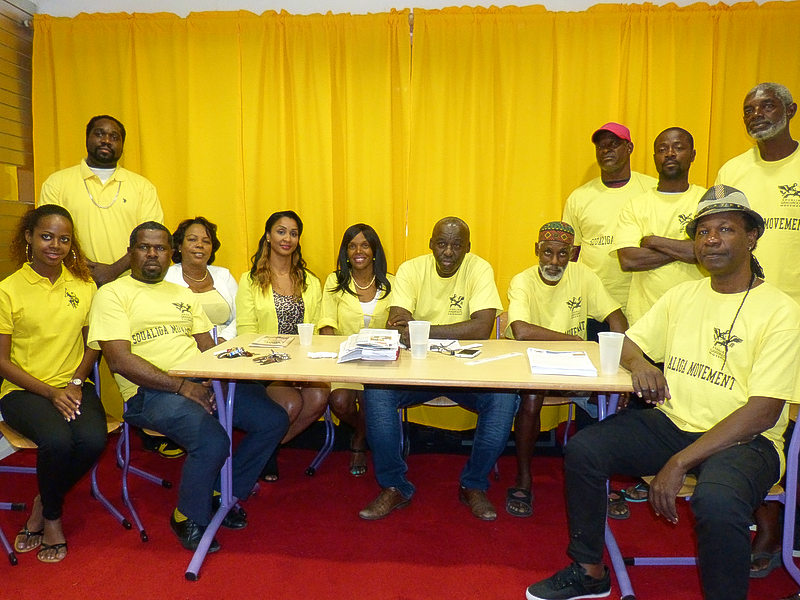 MARIGOT–The Collectivité has indicated nineteen voting stations are available throughout the territory for the 20,152 registered voters in the upcoming Territorial Elections on March 19 and 26.

These same stations will be used for the Presidential elections on April 22 and May 6 and the Legislative Elections on June 3 and 17.
The locations of the voting stations are as follows. No.1 Hotel de la Collectivité; No. 2, 3, 14, and 15 Nina Duverly School, Rue de Hollande; No. 4, 5, and 16 Hervé Williams School, Concordia; No. 6 and 7 Aline Hanson Elementary School, Sandy Ground; No. 8 and 9 Cité Scolaire Robert Weinum, La Savane; No. 10 and 17 Elie Gibs Elementary School, Grand Case; No. 11 Ghislaine Rogers Kindergarten, Grand Case; No. 12 and 18 Eliane Clarke Kindergarten, French Quarter; No.13 and 19 Omer Arrondell Elementary School, French Quarter.
Voter cards will be sent out by post to the 20,152 voters during the week preceding the election, between March 13 and 18. The card will indicate which voter station to use according to your district.
In the unlikely event a voter card is not received in the mail, a voter can still vote by showing a passport or identity card, but must be registered on the electoral list.
The Collectivité added 6 more voting stations in order to reduce waiting time and long lines. The Friar’s Bay voting station (residents of Cripple Gate, Friar’s Bay, Colombier, Rambaud, Morne O’Reilly, and La Savane) has been closed for technical reasons and replaced by Cité Scolaire Robert Weinum. Voters registered for voting stations No. 8 and 9 therefore should go to Cité Scolaire.
Voting proxy allows a voter, who will be absent on Election Day, to be represented by a voter from the same district or on the same list. To give power of attorney to a third party, this must be done at the Gendarmerie, at the Courthouse, or even Consular Authorities. Residents abroad will be directed to the Consulate or French Embassy.
All the information is available on the website of the Collectivité of St. Martin www.com-saint-martin.eu.