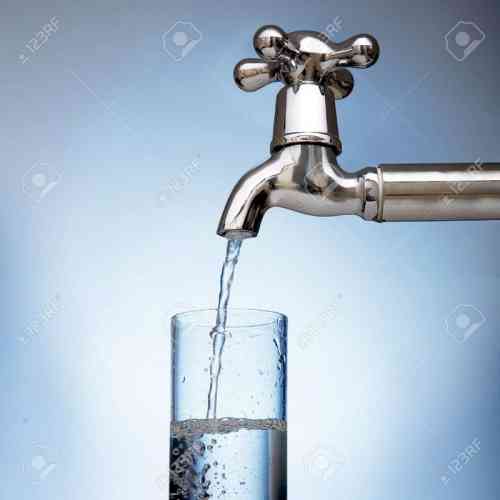 Clean water is poured into a glass from the tap. Photo credit Danil Chepko.

MARIGOT–The French regional health authority ARS has lifted some of the restrictions on use of tap water on the French side while corrective actions to limit and reduce the levels of bromates in the water continue, according to the latest press release.

The use of tap water for brushing teeth and washing fruits and vegetables is now allowed. However, consuming or cooking with city water remains prohibited.

As a reminder, the restrictions on the consumption of municipal water, adopted on June 21, were based on precautionary measures for public health. As soon as it became aware of the high level of bromates in the distribution network, water producer and distributor SAUR implemented a series of corrective measures, including improvement of the storage conditions of the disinfectant, adjustment of the disinfectant doses injected at the factory outlet by adding a continuous chlorine analyser, continuous monitoring of bromate concentrations and other corrections.

Water Authority EEASM emphasised that the water produced by the plant is free of bromates (and therefore perfectly potable). However, bromates developed in the network during distribution by chemical reaction between bromide and the disinfectant product.

As of August 1, a distribution point (fountain) for drinking water will be open to the public at the exit of the Galisbay plant. This distribution system required significant work by the bromate task force and subsequent validation of the process by ARS, particularly in terms of technical and health aspects.

Aware of the inconvenience caused, SAUR decided that the volume of water distributed in this way would not be invoiced. The distribution terms will be specified in a future press release. For health reasons, ARS and the bromates task force were unable to authorise transport of drinking water by truck for direct distribution in the districts. The single distribution point will therefore remain at the factory outlet in Galisbay.

Chlorine dioxide disinfection to replace the current disinfection system will be implemented on an interim basis. The objective is to be able to provide the population with drinking water from the tap again before the end of the current year. All these advances have been made possible thanks to SAUR’s experience and the mobilisation of many experts in order to act on the parameters involved in the formation of bromates and to improve processing performance as soon as they leave the plant.

The Collectivité, EEASM and SAUR wish to ensure that the population is fully aware of the current situation. The Collectivité anticipates a return to normal in September or October.