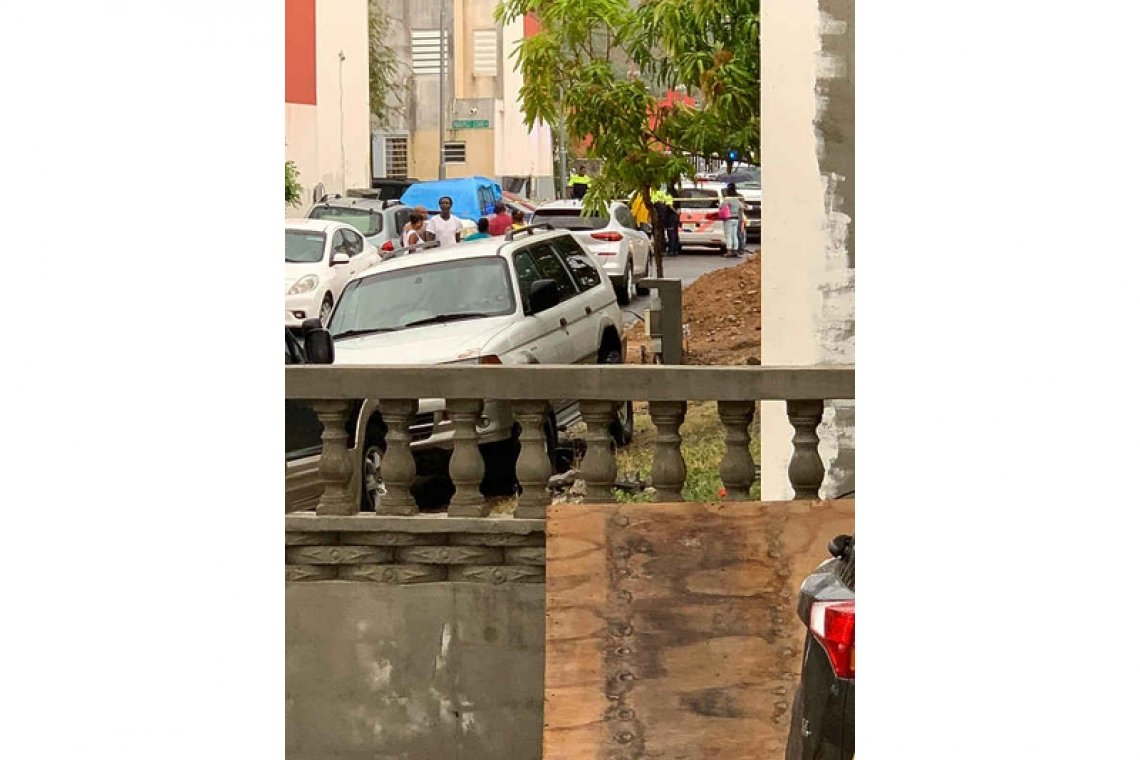 The incident caused a crowd of onlookers to gather in the vicinity of Prospect Estate Road in Belvedere on a rainy afternoon.

Paramedics treated the shot man at the scene, and he was later taken to St. Maarten Medical Center (SMMC) for further medical care. Police say his injuries are not life-threatening.

Police had not disclosed other details about the shooting as of press time Tuesday, saying the investigation was still in its early stages. It is unclear whether the son has been apprehended.