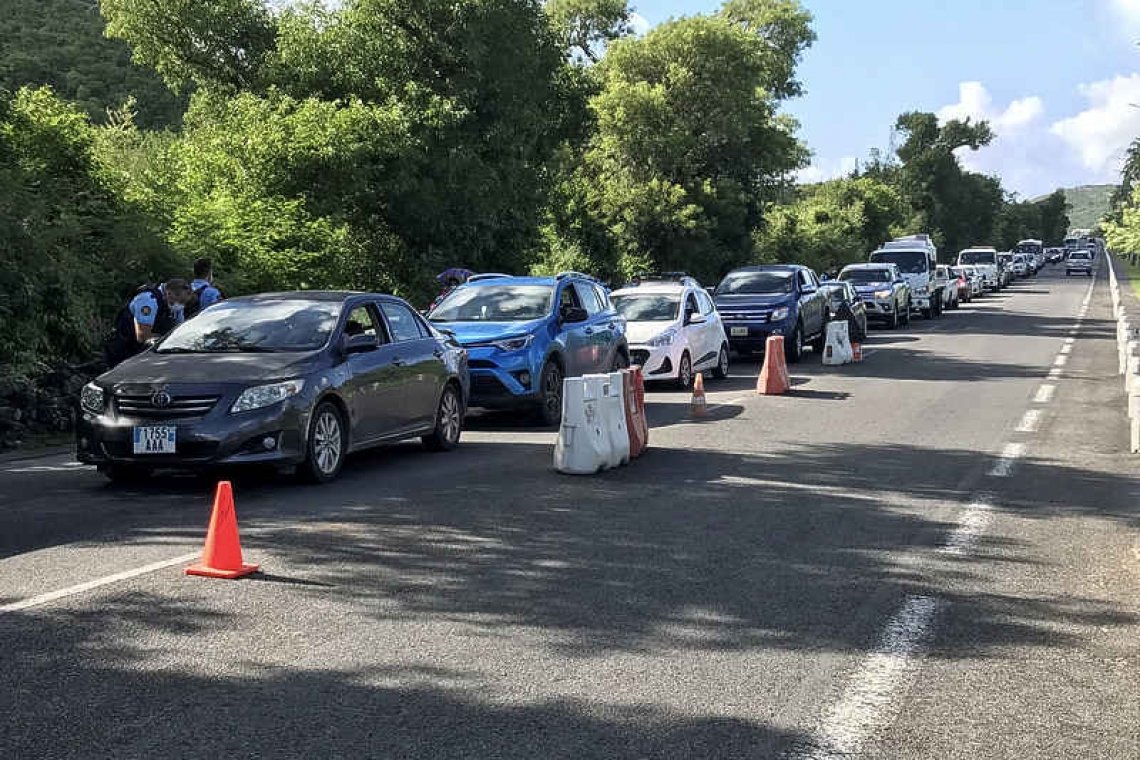 MARIGOT—Soualiga United, one of the citizen movements that have been at the forefront of various protests on the French side, against the natural risk prevention plan PPRN for example, is currently mobilising for action if the Préfecture does not remove the border controls on Tuesday, September 15.

That much was confirmed over the weekend by Soualiga United member, Victor Paines.

The 15th was the review date extended from September 1 by the Préfecture to determine if reduction in COVID-19 cases would warrant lifting of the controls.

There has been widespread condemnation from all quarters towards Préfète Déléguée’s Sylvie Feucher’s rigid policy over closing the French side borders and restricting movement with the general consensus being that it has little or no effect on stopping spread of the coronavirus, but instead has greatly worsened an already fragile economic situation.

Added to that, anger mounted when French-side children based on the Dutch side were not able to access their French schools, leading to considerable commentary and videos on social media by persons monitoring the Gendarmerie check-point. The latter restriction has since been lifted with parents now able to apply for a transit permit.

The last peaceful protest organized by Soualiga United over the border closure was on August 9 with a gathering at the Gendarmerie check point on the Bellevue Cole Bay stretch of the RN7 where speakers spoke of their frustration over the controls and the complete disregard for the values of the Treaty of Concordia. Another protest about the border is not likely to be peaceful, based on a social media post criticizing the Préfète.

“I can tell you in advance that there will be civil action, civil unrest if you like, if the border controls are not lifted on September 15. I don’t know what form it will take…blocked roads, riots, I don’t know but the population has had enough” said Paines.