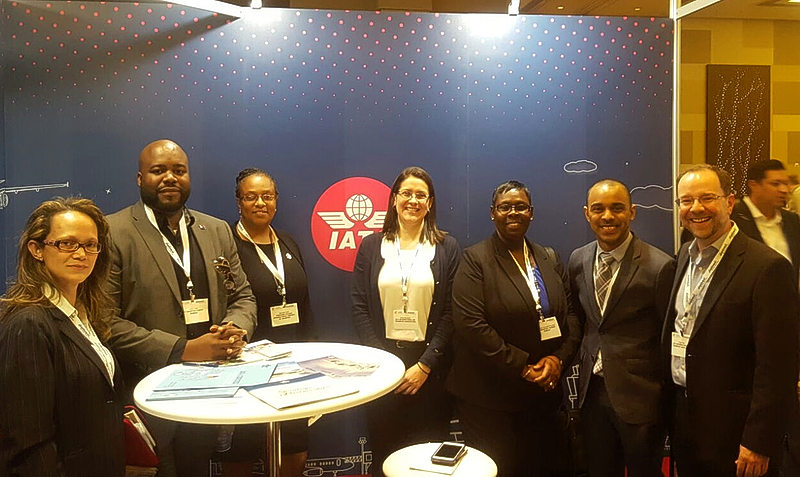 After years of courting the airline, Southwest stated that it was “not a matter of ‘if,’ but ‘when’ the airline would begin service to St. Maarten.” Due to a temporary reduction in Southwest’s fleet in 2017 for maintenance purposes, 2018 is seen as a more realistic start date for the airline. However, the process begins immediately, as the airline stated there are a number of things it requires from St. Maarten.

Important for the airline is data carriers from the destination regarding what the current product is like, hotel inventory and ensuring that Southwest’s target market matches with the amenities the island has to offer.

Also of importance is cooperation from many local stakeholders, including hotels, Tourist Bureau, Government entities and the Airport to partner with the airline in various ways, such as reduced rates for overnighting staff, marketing collaborations and data collection.

The St. Maarten delegation has made tentative plans to travel to Dallas, Texas, in September when more concrete plans will be put in place. This will be followed by at least two functional visits by Southwest team members.

The first of these visits will be operational in nature, observing the airport operations and meetings with Government and civil aviation. The second visit will be from a marketing and product development perspective, where the team will come up with co-op marketing plans and assessment of the hotels and attractions the island has to offer.

“We were pleased to receive positive feedback from Southwest representatives. I could see the seriousness in their interest in St. Maarten, and their excitement about the prospects of coming to St. Maarten,” said Chef de Cabinet of TEATT cabinet Mellissa Arrindell-Doncher.

She added, “I have to really commend the representatives of the Airport who joined us in this meeting. Particularly commendable was the efforts of Suzy Kartokromo who lead the discussions well and connected us with this and several other airports.”

Southwest is relatively new to the international travel market having only started its first international flights on July 1, 2014. The airline continued to expand its international offering through 2016, now having flights to Aruba, Bahamas, Belize, Costa Rica, Cuba, Punta Cana, Montego Bay and various cities in Mexico.

Southwest is also in the process of building a five-gate international terminal in Fort Lauderdale scheduled for completion in June 2017. This terminal is a key factor in ensuring Southwest could expand its international prospects to St. Maarten in 2018.

While new to the international market, their domestic success is unrivalled. Southwest Airlines is one of the North America’s most profitable airlines having recorded 43 consecutive years of profit despite various economic downturns during that period.

“It bodes well for the country to have an airline like Southwest’s interest; if they choose a destination it’s because they believe it is a healthy and profitable one,” stated Rolando Brison, marketing and tourism consultant who travelled with the delegation.

“In my closing remarks for the meeting, we told the team that they could expect the full commitment from all stakeholders including government, airport, hotels and many others,” said Brison.