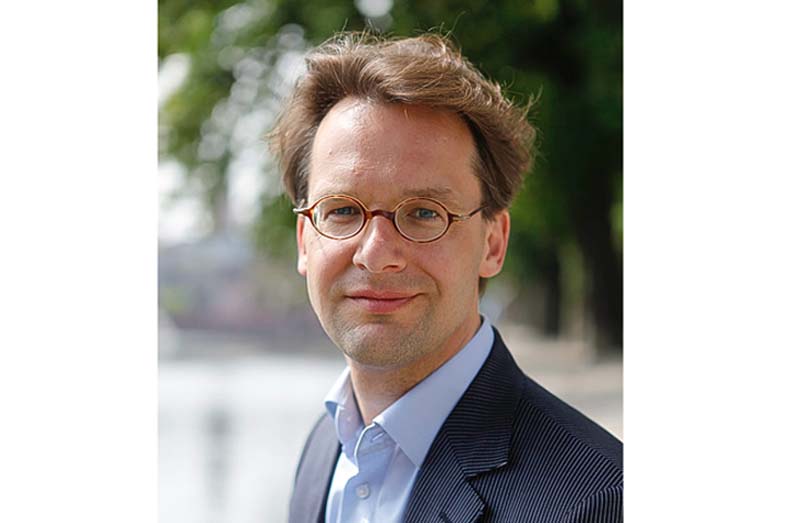 THE HAGUE–The fight against illegal gambling and corruption in general in Curaçao and St. Maarten of Members of the Second Chamber of the Dutch Parliament Ronald van Raak of the Socialist Party (SP) and André Bosman made the national news in the Netherlands on Tuesday.

Public radio news programme De Nieuws BV on Radio 1 and the TV news programme EenVandaag featured an item on the (illegal) gambling industry which is mainly located in Curaçao. Curaçao and St. Maarten were mentioned in relation to organised crime, corruption and the quality of governance. Both Members of Parliament (MPs) were interviewed.
According to Van Raak and Bosman, the gambling industry on the islands is engaged in illegal, criminal and money laundering activities; in Curaçao websites are operating that offer online gambling services abroad and the local governments are not exercising sufficient supervision.
The VVD and SP have joined up in the fight against (illegal) online gambling. Bosman and Van Raak expressed great concerns because they fear that the online gambling in Curaçao is used to launder large sums of money. “It concerns extremely large amounts, hundreds of millions of dollars, possibly even billions. On some websites amounts up to US $1 million can be placed as bets,” said Van Raak in the TV item on EenVandaag.
MP Van Raak has already submitted more than 100 written questions to Dutch Minister of Home Affairs and Kingdom Relations Ronald Plasterk on (illegal) online gambling, the role of telecommunications company UTS where much of the online gambling industry is located and accountancy/consultancy firm KPMG which audits the books of UTS.
Van Raak explained in the interview with Radio 1 that “five to seven persons” were allowed by the Curaçao Government to issue “an endless number of sub-licenses” for the online gambling sector. “These are large international gambling sites that are easily used to launder money,” he said.
The EenVandaag TV item focused on Curaçao, but in the interview on Radio 1, Van Raak and Bosman also mentioned St. Maarten, which together with Curaçao were referred to as “small, vulnerable communities” where “politicians can easily get in contact with money” of criminal organisations. “Politicians are susceptible to the influence of these people,” said Bosman.
According to Bosman, the islands are wealthy enough to secure a decent development. However, many of the funds are not invested in the general wellbeing of the people and “ends up in the wrong pockets.”
Transparency and accountability in government and at the government-owned companies are of utmost importance, said Bosman. He said that the Parliaments of Curaçao and St. Maarten needed to play a bigger role in this. “They should ask the questions, demand clarity.” Bosman said he would surely bring up this matter during next week’s Inter-Parliamentary Consultation for the Kingdom IPKO, in The Hague.
Vote-buying
Van Raak brought up the issue of vote-buying and corrupt politicians. “The number of politicians that has been bought on the islands is too big,” said Van Raak, who specifically mentioned United People’s party UP Leader Theo Heyliger. “Heyliger had US $3 million available for his election campaign, US $150 per voter. I don’t have to say more than that.”
Asked by the Radio 1 journalist why the Netherlands involved itself in the business of the islands, Bosman said that the illegal activities were “damaging” to the Dutch Kingdom. He explained that the Kingdom Government played a role via the so-called guarantee function which puts the ultimate responsibility for proper governance in the hands of The Hague.
Bosman mentioned the visit that he and Van Raak paid to several of the less privileged districts during their stay in St. Maarten in January this year as part of the IPKO meetings. “We spoke to people who were affected by the lack of funds for education, the infrastructure. People are disappointed. We had good talks. But when we asked them about the local government, they got very upset. That is where the problem lies.” Van Raak said that people were “very happy” that issues were being named by the Netherlands. “People are afraid to publically speak their mind.”
KPMG responds
A large number of the written questions that Van Raak sent to Minister Plasterk were about UTS and KPMG. EenVandaag contacted KPMG Netherlands for a reaction, but was referred to KPMG Dutch Caribbean in Curaçao, which has issued a statement discarding Van Raak’s questions and the suggested ties between KPMG and the underworld on the former Netherlands Antilles.
KPMG already responded to Van Raak’s first set of questions in March 2016 and reiterated that it was not common practice to publically respond to questions about a client. “However, due to the nature of some questions, we again feel compelled to issue a public statement, bearing in mind that KPMG Dutch Caribbean at all times handles in accordance with the rules of the accountancy world.”
KPMG Dutch Caribbean explained, with the permission of its client UTS, that the information that the annual accounts of UTS were kept secret was incorrect. UTS has an audit committee which supervises the board regarding financial accountability. The Board of Directors has approved the annual accounts and forwarded these to the General Meeting of Shareholders for their approval.
According to KMPG, there is no obligation for companies in Curaçao, contrary to the Netherlands, to deposit their annual account at the trade register of the Chamber of Commerce. A large company such as UTS does have to make its annual account available at its office for interested parties, which frequently happens.
KPMG further noted that the independent Foundation Government Accountants Bureau SOAB received the approved annual accounts of UTS for evaluation and for reporting purposes to the Curaçao Finance Minister. The annual accounts have been approved up to 2015.
International guidelines and standards don’t allow any financial interest in an audit client and KPMG sticks to those rules. “KPMG has no financial interest whatsoever in UTS.” The accountancy firm did state that it had carried out various advisory jobs for UTS as an “important client.”