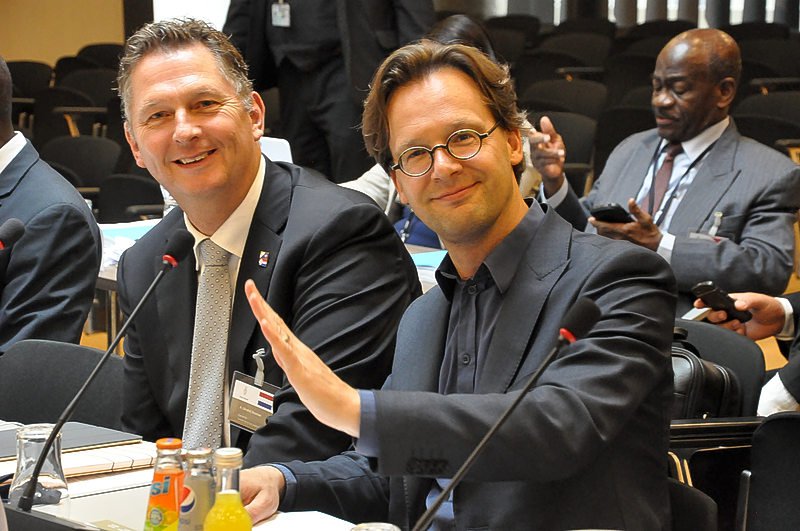 THE HAGUE–Members of the Second Chamber of the Dutch Parliament Ronald van Raak of the Socialist Party (SP), Aukje de Vries and André Bosman, both of the liberal democratic VVD party, are seeking clarity from the Dutch Government about the recent reports in the newspaper Financieele Dagblad FD about the Dutch Caribbean insurance company Ennia.

The questions focused on Ennia and its clients, Mullet Bay Resort in St. Maarten, businessman Hushang Ansary, the role of the Central Banks in this particular case, and the regulations/legislation for financial institutions in the Dutch Caribbean.

The extensive coverage in the FD last week Friday that Ennia had been financially emptied by its owner Ansary, under the authority of the Central Bank of Curaçao and St. Maarten (CBCS), caused great alarm, both in The Hague and on the islands.

The Dutch newspaper hinted that possibly several ten thousand policy holders at Ennia were duped because of insufficiently covered insurance policies. Ennia has denied the reports and assured its clients that their insurance was safe. The CBCS has also denied the allegations. The FD articles were based on a secret 2015 report of the Dutch Central Bank DNB. Management of the DNB is said to have expressed doubts about the integrity of the CBCS.

Van Raak, Bosman and De Vries all asked the Ministers to clarify the articles in the FD, and the reports that swapping of capital had taken place between three companies of Ansary, namely Ennia, Mullet Bay Resort and S&S. “What do you think about these reports,” asked Bosman and De Vries.

“Is it correct that according to a 2015 DNB report, the Mullet Bay property was brought into Ennia Caribe for an amount of NAf. 240 million? Or is it correct, as Ennia claimed, that the resort in question was brought in for NAf. 571 million and that it was taxed at NAf. 771 million. What is the current value of Mullet Bay,” asked Van Raak.

Van Raak wanted to know which options were there for duped Ennia clients if it turned out that the external accountant didn’t adequately check the books of Enna. “How can you guarantee that the people in Aruba, Curaçao and St. Maarten can be completely and safely assured of their policies and pensions? If not, what are possibilities of these clients to address the insurance company, the external accountant and the supervisors?”

Bosman and De Vries queried the exact roles and responsibilities of the DNB as it relates to the financial supervision in Curaçao, Aruba and St. Maarten. “Which tools does the DNB have to intervene? Is it correct that the DNB has been investigating Ennia in Curaçao? If so, why,” the Members of Parliament (MPs) asked.

“Is it correct that the DNB wrote a highly critical report on Ennia? What is the date of that report? Is it true that the DNB already warned in 2011 of the problems at Ennia? Why was nothing done with those concerns at the time,” Bosman and De Vries wanted to know.

“What does all this ultimately mean for the responsibility of the Netherlands for the financial institutions in Curaçao, Aruba and St. Maarten,” asked the VVD MPs, who also wanted to know whether the Netherlands or the Dutch tax payer would have to foot the bill if a financial institution, such as a bank or insurance company, would collapse due to bad management or failing supervision by local authorities. “Do you share the opinion that this is completely unacceptable and unthinkable?”

Van Raak focused on Ansary. He who carried the final responsibility for the screening of Ansary when the latter entered the financial world in the Dutch Caribbean around 2005. Van Raak inquired about the role of the Bank of the Netherlands Antilles (BNA) at that time in this screening, as well as the role of the DNB and the Dutch Ministry of Finance.

Minister Dijsselbloem already confirmed last week Friday after the regular Council of Ministers meeting that he would inquire at the Dutch Central Bank as to what happened at Ennia and whether the situation at the insurance company was under control.