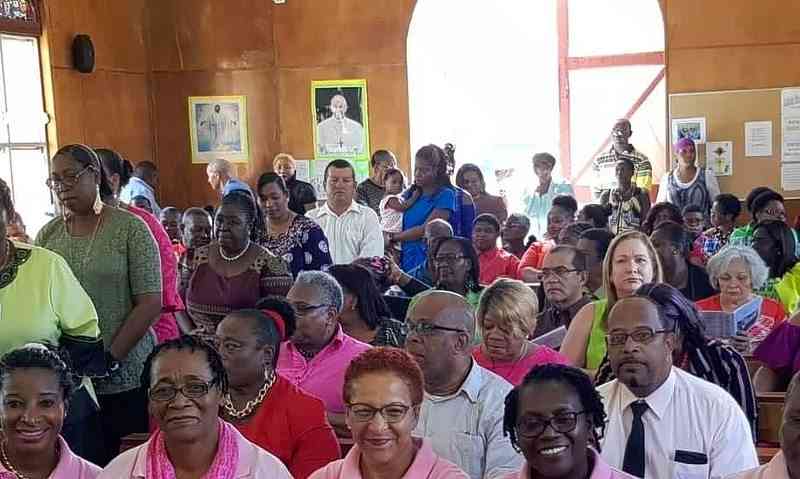 “Our goal is to bring awareness to the general public and encourage them to go and get their breasts examined, because we promote prevention,” said GRCAF secretary Reina Lijfrock.

GRCAF donated soup to the attendees after Mass. The foundation will also be present with a booth at Taste of Culture in Mike van Putten Youth Centre (Lion’s Den) on Thursday, starting at 6:00pm.

Visitors to Taste of Culture are being asked to wear pink in support of Breast Cancer Month. The line-up for the evening will feature presentations by Daughters of the King, Mega D Youth Foundation and GVP Dancers, as well as a raffle with prizes.

There will be 17 booths at Thursday’s event, where persons can sample many delicious dishes prepared by a host of nations.