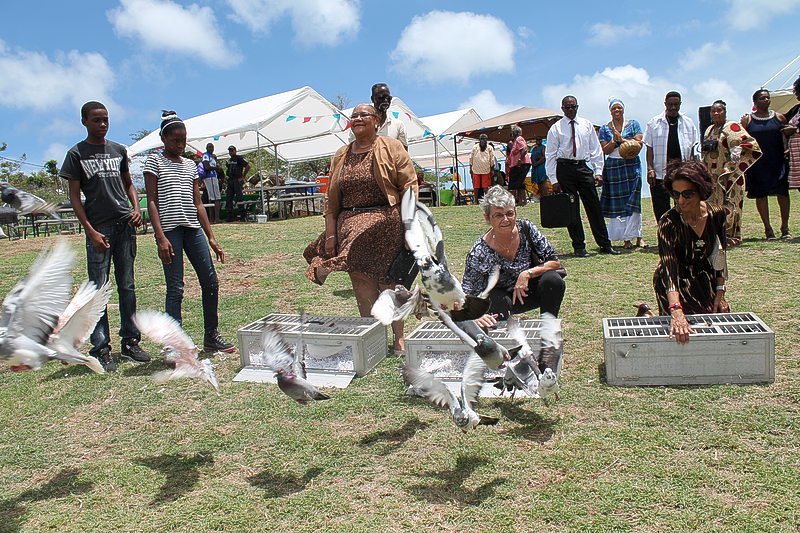 MARIGOT–The fifteenth annual Rambaud St. Louis Fête took place on Sunday in the village of Freetown to celebrate its unique history as the sanctuary for slaves escaping from their colonial masters and the legacy of its most well-known resident and matriarch, Laurelle “YaYa” Richards.

The morning’s opening ceremony, following a prayer from Father Samson and song by Kenyo Baly, drew a number of elected officials from the Territorial Council, Préfète Anne Laubies, invited guests and senior citizens, and from the Dutch side, President of Parliament Sarah Wescot-Williams with keen Fête supporter and contributor to the district, Michael Ferrier. 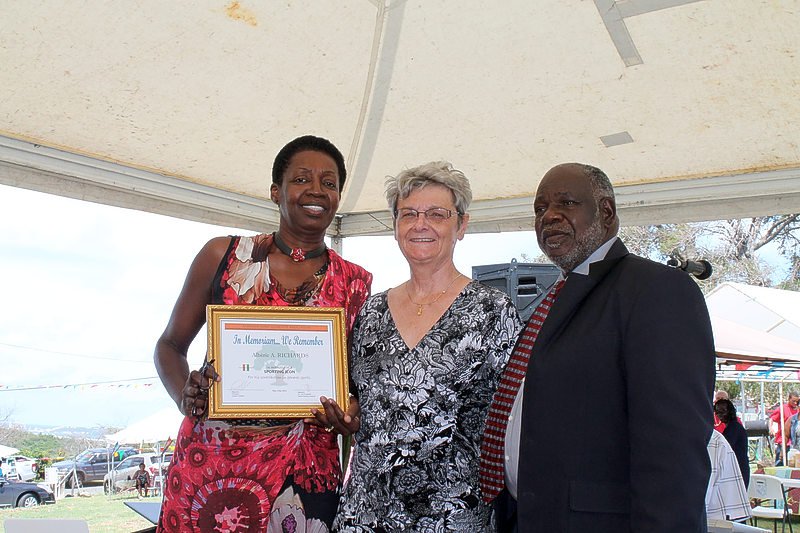 Speeches were given by President of the Collectivité Aline Hanson, Sarah Wescot-Williams, Annette Philips on behalf of the absent MP Daniel Gibbs, Préfète Laubies, and President of the Rambaud St. Louis Fête Association Etienne “Rocky” Andrew.

No one from the Dutch-side Government has shown as much unwavering loyalty to the Fête as Sarah Wescot-Williams who has attended every event since its inception.

“I’m always very proud as a St. Maartener to be here,” she said. “I consciously don’t make a distinction between St. Martin and St. Maarten because one of the objectives of this Association is to have no borders when it comes to celebrating Rambaud and St. Louis. 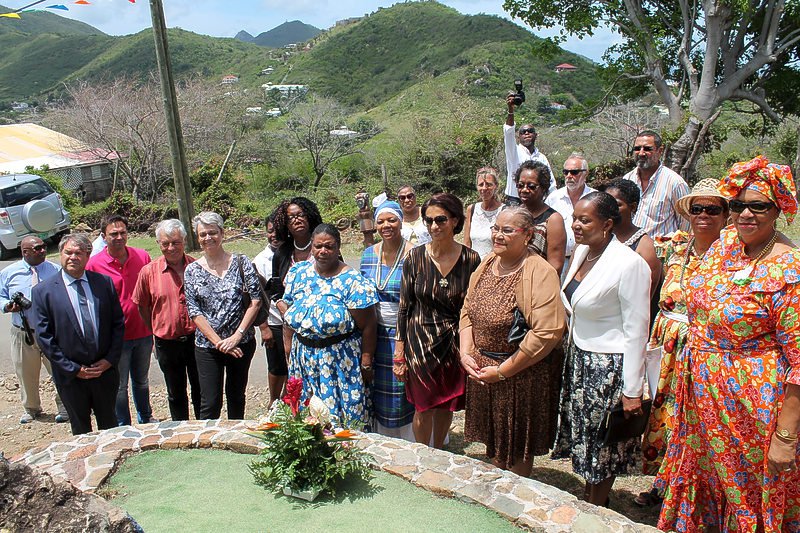 “It’s so important to recognise that. After all is said and done, it’s about one St. Martin. I congratulate the Association for reminding us about where we have come from because it is only in remembrance that we realise how strong and resilient we are today, to have overcome so much.”

She encouraged all districts of the island to emulate Rambaud St. Louis by “telling their own unique stories.”

Daniel Gibbs in his remarks read out by Annette Philips noted how important YaYa was to the community as the “guardian of our culture” and he commended the Association for its work with young people. His words ended with a reading of one of YaYa’s poems.

Etienne Andrew asked for a minute’s silence for personalities from the village who have passed away. He reminisced on the life and work of YaYa Richards who he said “represented the whole island.”

He thanked the Collectivité and individuals for helping the Association as well as asking the residents of the district to become more involved. In a reminder to President Hanson Andrew mentioned the need to have working fire hydrants in the district. 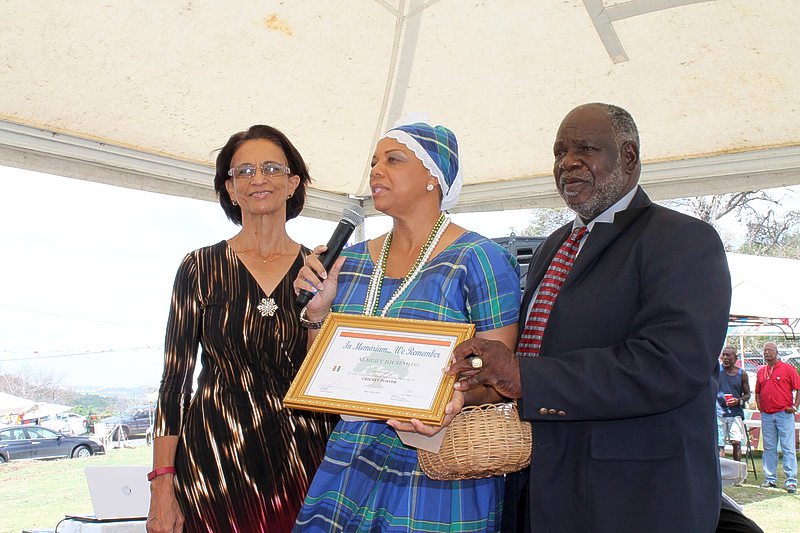 He talked of his own career in sports and the development of sports clubs in the district, noting St. Louis Stars won the Discipline Trophy five years in a row, a reflection on his own insistence for discipline.

His speech led into a presentation of a number of certificates of appreciation to sporting legends from the district, living and deceased.

Alma Webster and Bernadette Andrew were honoured as the first female football referees on the island, while Patricia Flanders was recognised for her role as captain of Rocky’s Female Volleyball team.

Odelie Stephen was recognised for her role as a member and co-founder of Rocky’s Female Volleyball Team.

Nestor Duruo was honoured for his outstanding football career from 1955 to 1976 representing the island in the region and in France.

The late Albert Richards (father of Laurelle Richards) was honoured for his career as an outstanding cricket bowler, his certificate accepted by the late Laurelle Richard’s youngest daughter, Josette Richards.

Marie-Line Richards Hughes accepted a certificate on behalf of her late father Albéric Richards – the stadium in Sandy Ground bears his name – for his contribution and participation in sports. 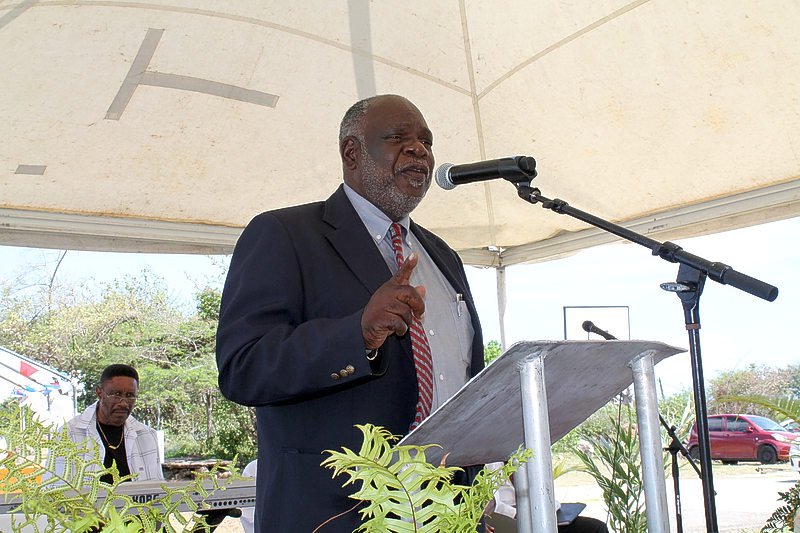 Secretary of the Rambaud St. Louis Fête Association Renée Violenus was also recognised for her work with the Association.

Alexandre Baly was the emcee for the ceremony. Traditional games and a parade were due to continue in the afternoon and a live concert with the Control Band in the evening.