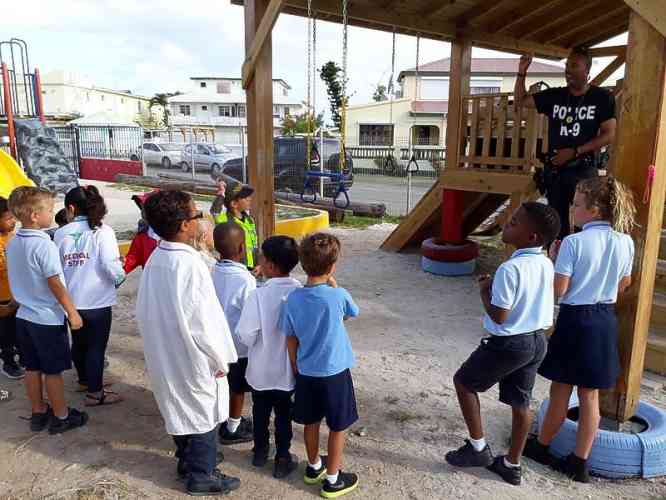 A scene at the mini job fair.

SIMPSON BAY–Forty-eight young pupils at Sr. Regina School in Simpson Bay got an insight into the daily work of a police officer, when Police K-9 officer Major John Boyrard and his police dog Oscar attended a mini-job fair at the institution last Wednesday, March 21.

The job fair, which was organised for pupils between the ages of four and six years, was intended to highlight the different professions in the force, and give pupils a better understanding of what the persons who fill those positions do on a daily basis.

Boyrard and his police dog also delivered a presentation to the excited youngsters. “The children were quite impressed and enthusiastic with what they had seen,” police spokesperson Chief Inspector Ricardo Henson said in a press release on Sunday.

The mini job fair in progress.