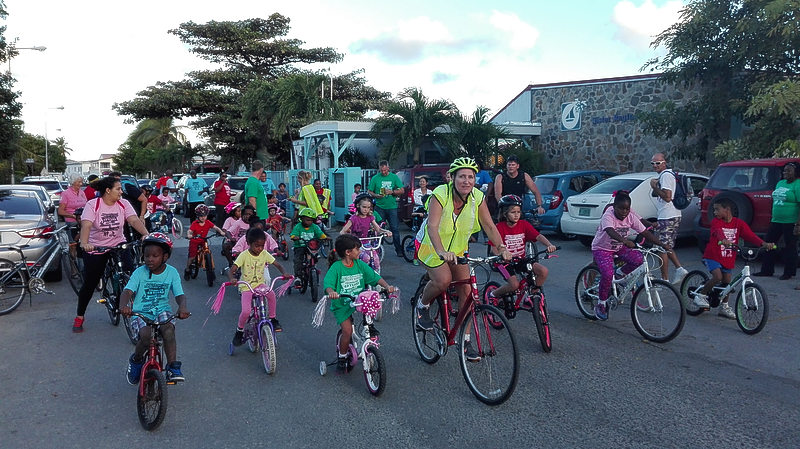 A scene during the bike-a-thon.

PHILIPSBURG–The Sr. Regina Primary School recently celebrated its 49th anniversary educating pupils in St. Maarten with a fundraising bike-a-thon, which is now in its tenth year.

The early morning rainy weather did not deter participants from coming out to celebrate with the school. One large group of participants biked from the school to Cupecoy, while another group did a shorter route leading from the school to the Prins Bernard Bridge and back. A yoga and Zumba class was also held by the National Institute of Arts (NIA). The celebratory activities ended with a Caribbean breakfast which the school said “brought everybody together.”

The funds raised at the event enabled the school to purchase materials and host training sessions to strengthen the social, emotional skills of pupils that support the institution’s Positive Behaviour Support (PBS) system. Sr. Regina said it is continuously looking at ways to improve and noted that it has also signed up for three SXM DOET projects which will be held on March 10 and 11.

The school thanked everyone who was involved in making their event the success that it was and promises to do something special for the “big golden celebration” next school year.