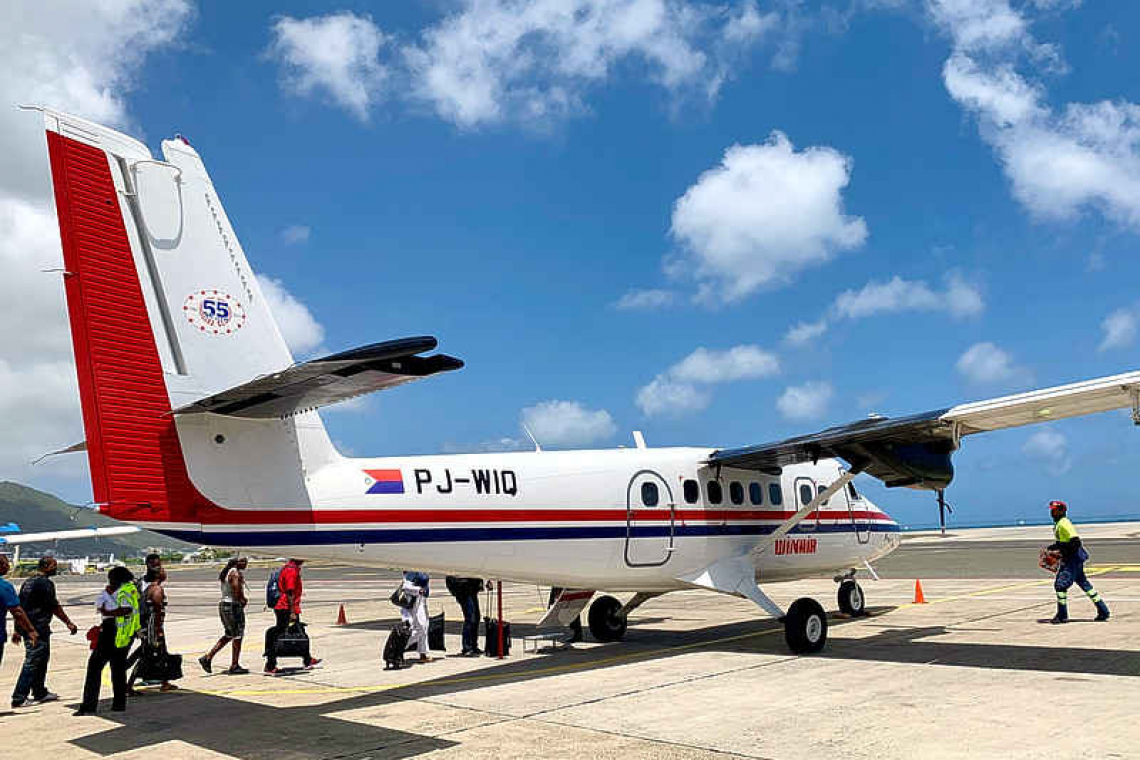 THE HAGUE–The Dutch government is assessing the possibility of giving the air connection between St. Maarten, St. Eustatius and Saba (the SSS Islands) the status of public transportation.

Dutch caretaker Minister of Infrastructure and Water Management Barbara Visser stated this in her response to written letters submitted by Member of the Second Chamber of the Dutch Parliament Jorien Wuite and Kiki Hagen, both of the Democratic Party D66.

Imposing a public service obligation (PSO) on the routes between the SSS Islands was one of the recommendations of the Caribbean Netherlands Connectivity Committee chaired by former Royal Dutch Airlines KLM Director Pieter Hartman, Visser noted in her reply on Friday.

Members of Parliament (MPs) Wuite and Hagen late August this year enquired about the status of execution of this report which the media said seemed to have ended up in a desk drawer at the Ministry of Infrastructure and Water Management I&W in The Hague.

Visser agreed with Wuite and Hagen that proper connectivity to and between the Caribbean Netherlands islands was of great importance and that the Dutch government indeed had a responsibility where it concerned the accessibility of what she called “these Dutch municipalities.”

She shared the conclusion of the Hartman Committee that a number of routes in the Caribbean Netherlands were so-called “thin routes” that did not always generate sufficient traffic for commercial airlines.

“For this reason, the Dutch government has tried since 2010, through a state participation in Windward Islands Airways International Winair, to maintain the air connections on the thinnest routes (to Saba and Statia),” Visser stated. Aside from implementing a PSO, she announced that she had also assessed the possibilities of relaxing the requirements to establish airlines.

She confirmed that state participation in Winair has been evaluated recently. “I am now assessing how to implement the recommendations from that evaluation. In that framework, I am assessing the possibility of a public service obligation on the routes between St. Maarten, Saba and Statia. The evaluation, including the follow-up, is currently being discussed with the departments that are most directly involved,” she stated.

Visser promised the Second Chamber that she would send the evaluation and policy reaction once this process had been concluded. Asked by the two MPs about the status of Winair’s request to receive more financial support, she repeated her earlier statement that in principle it was up to the country St. Maarten to support its national airline.

If indeed the Dutch government were to declare the routes between St. Maarten, St. Eustatius and Saba public transportation, it might mean that The Hague would subsidise a carrier, most probably Winair, to provide consistent air service to the two smaller islands.

A subsidy could also result in lower ticket prices, in particular for the residents of Statia and Saba. A possibility is to secure the subsidy through a PSO, a concept that is used to maintain connections to some remote areas in the world.

Asked by Wuite and Hagen what had been done with the recommendations from the Hartman Committee, Visser explained that as the Parliament had been informed in 2019, the four countries in the kingdom decided together that they would not implement the committee’s recommendations.

She clarified that shortly before that joint decision, a new airline had been established in Bonaire. “In the meantime, I have monitored the situation and allocated means to initiate a pilot for a ferry service.” As part of this pilot, for which the Ministry of I&W has allocated two million euros, a ferry service will start between St. Maarten, Statia and Saba per November 1.